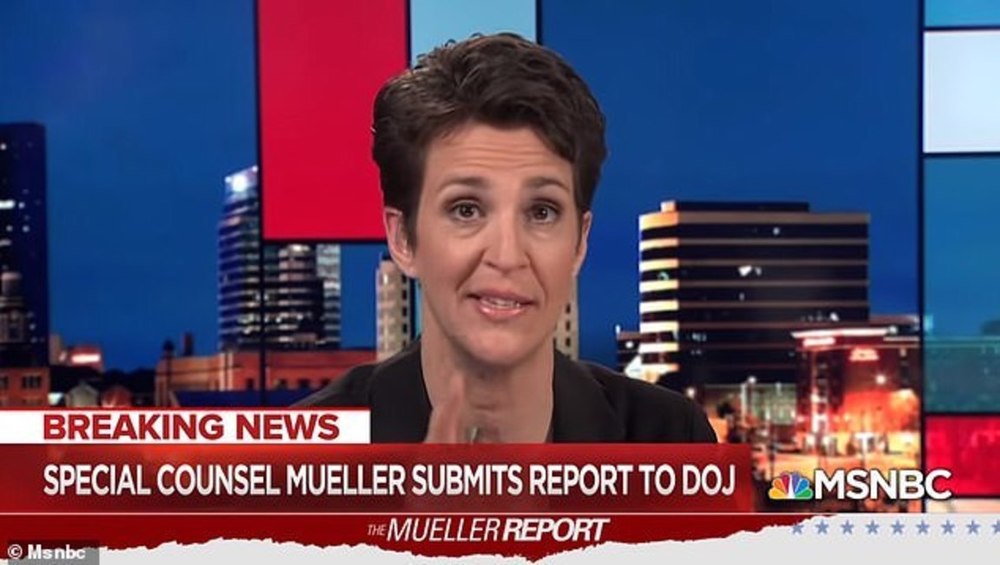 BREAKING NEWS – New York City, New York – Rachel Maddow’s ratings has plummeted since conclusion of Mueller probe. The MSNBC host’s viewers has dropped 19 percent since the Justice Department announced the special counsel investigation turned up no evidence of collusion between the Trump campaign and Russia. Maddow drew large numbers during her coverage of special counsel Robert Mueller’s investigation over the year. She defiantly responded to the Neilsen Ratings. “I’m not worried a bit,” she began. “I built my fans up for Trump’s tax returns… and I had nothing. I did the same thing for the Mueller report. What conservatives don’t understand, is that my fans enjoy being played for suckers by the way of fabricated scandals. We all need hope, and I make sure my fans get it… temporarily.”