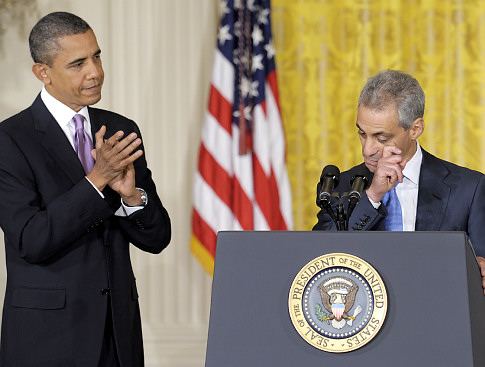 BREAKING NEWS – Washington, D.C. – Former White House Chief of Staff Rahm Emanuel was seen in tears during a press conference. He began crying moments before the picture was taken after President Obama slapped him. A source from the White House stated that the President hit him, because he is still angry over the countless bad ideas Rahm implemented over the past 18 months.