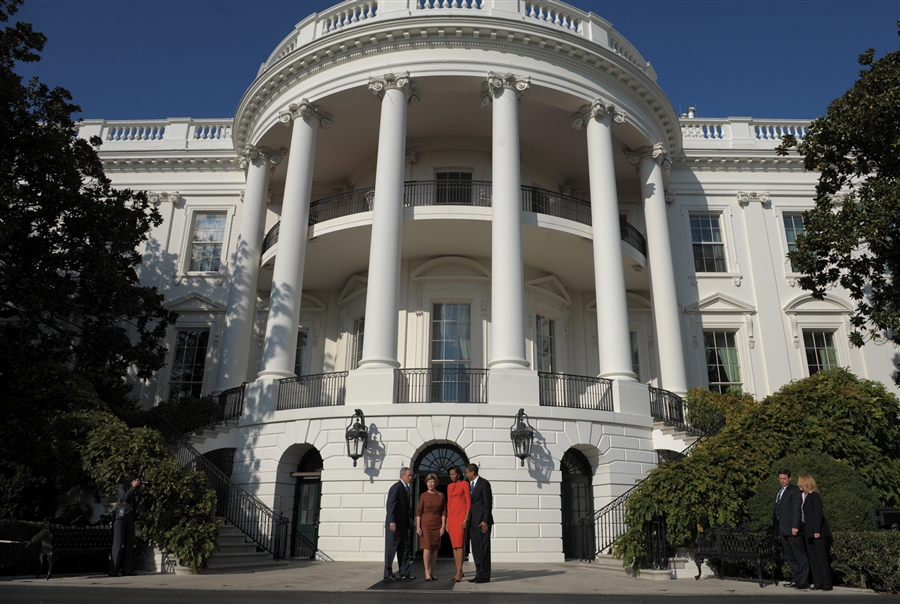 BREAKING NEWS – Washington, D.C. – President Obama and Michelle, and former President George Bush and Laura were photographed moments before they all got into a knock out drag out brawl. All four of them sustained several cuts and bruises before the Secret Service could separate them. The two people standing to the far right is a reporter for ESPN and a referee for cage fighting.