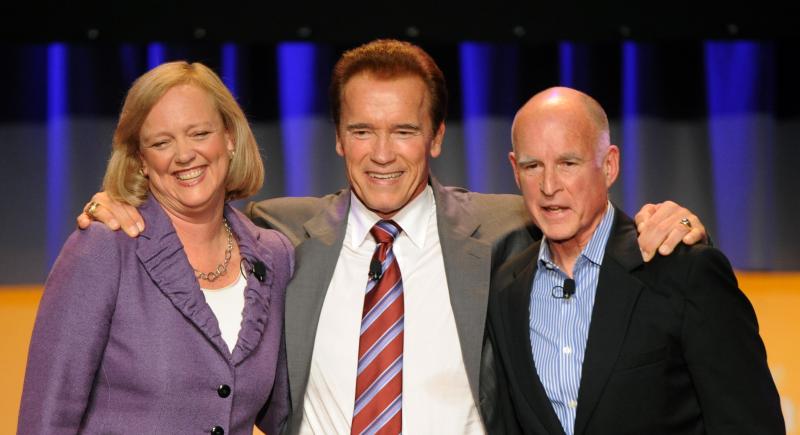 BREAKING NEWS – Sacramento, California – After the election was over, Governor Arnold Schwarzenegger was seen hugging newly elected governor, Jerry Brown and his rival Meg Whitman. As soon as the photo session was done, Arnold slammed both of their heads together and knocked them unconscious. He later explained while visiting them in the hospital, that it was something that he always wanted to do because of his admiration of “Moe” of the Three Stooges.