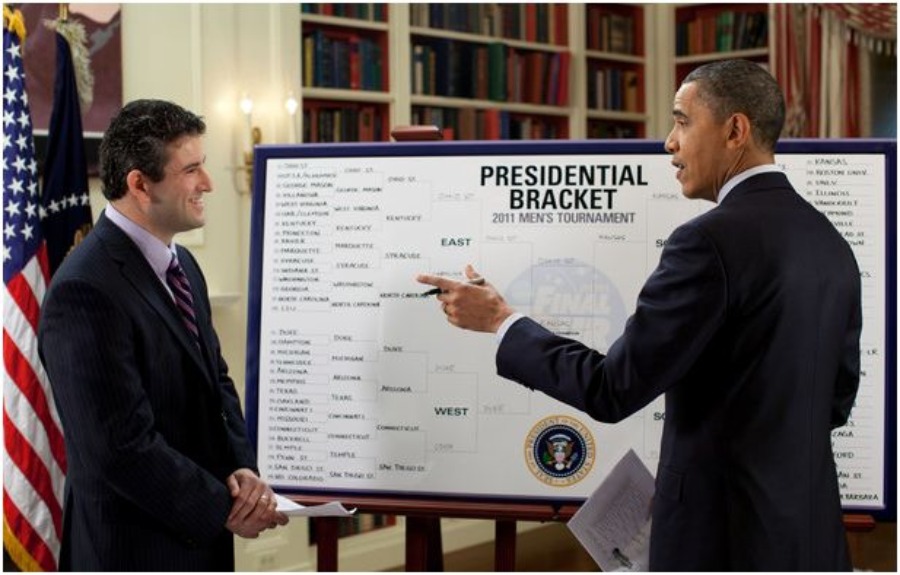 BREAKING NEWS – Washington, D.C. – According to White House Press Secretary Jay Carney, President Obama is so angry at the losses of his NCAA Final Four picks of Duke, Kansas, Ohio State and Pittsburgh, that he’s contemplating yanking the federal funding from all four colleges for making him look bad. Carney added, that Vice President Joe Biden later convinced Obama that his actions would probably be viewed as extreme, or at the least inappropriate. And after considering their options and consulting with their staff, they now blame the losses on ESPN and republicans.