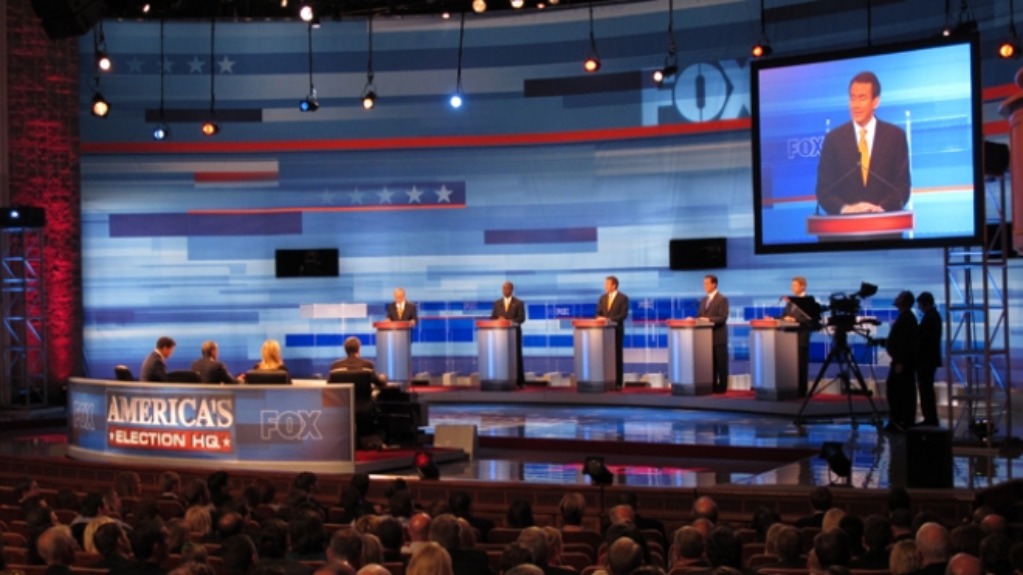 BREAKING NEWS – Greenville, South Carolina – Five GOP contenders square off at the Peace Center in downtown Greenville. At one point during a commercial, the debate gets so heated, that it nearly resulted in exchanging blows. Their argument was based on their inability to agree on what was the best kind of tape to put over Donald Trump’s mouth after first having him bound.