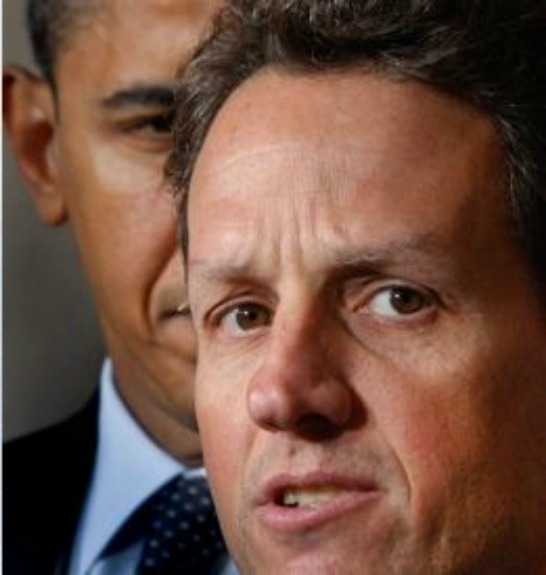 BREAKING NEWS – Washington, D.C. – Treasury Secretary Timothy Geithner is photographed nearly in tears wincing in pain, as President Obama mercilessly twists his arm. While wearing a cast later in the day after his arm was broken, Geithner said he initially thought Obama was just kidding when he told him to take “full responsibility for the current economy, or else.”