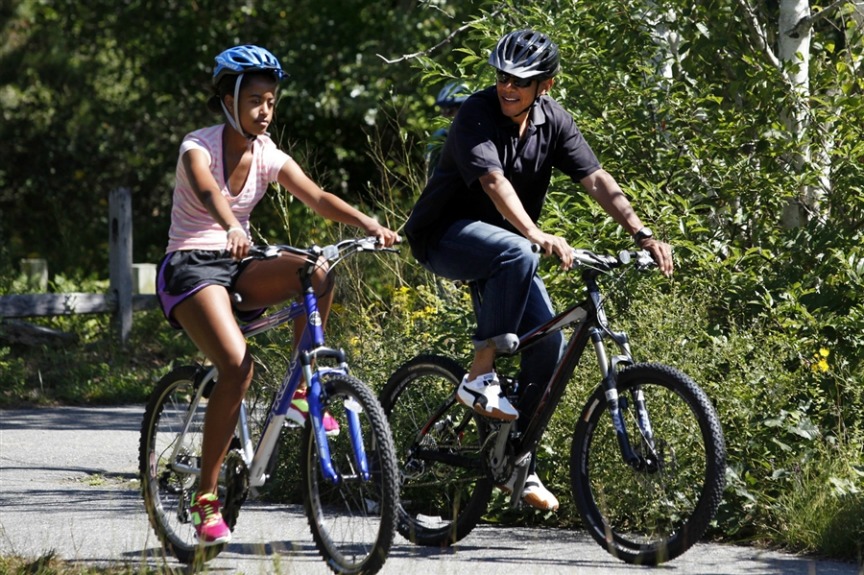 BREAKING NEWS – Martha’s Vineyard, Massachusetts – President Obama’s daughter Malia, was described to be a little disappointed after he informed her that due to the economy, he had to lay off most of the Secret Service, and they now have to get around on bikes. According to a White House source, she was even more disappointed when he told her that they could no longer afford to send her to a private school, and she now has to get a part time job to contribute to the family income or move out.