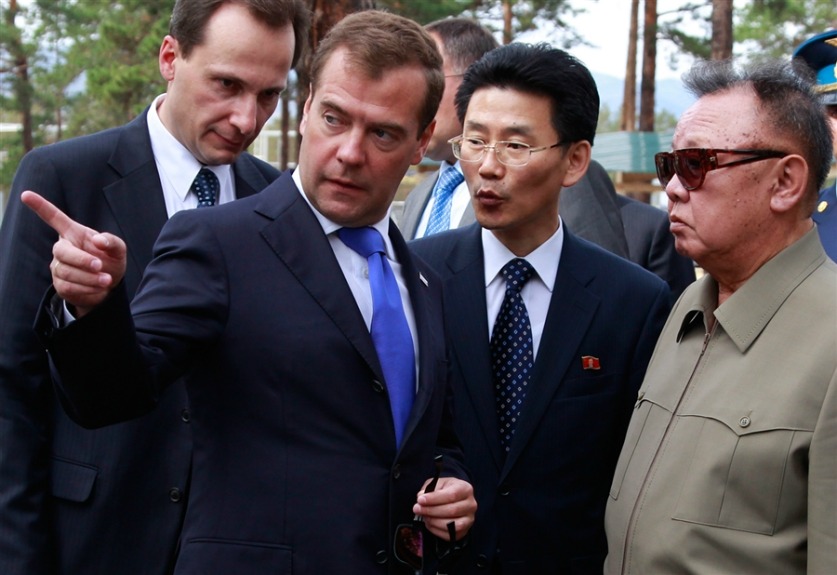 BREAKING NEWS – Moscow, Russia – North Korean leader Kim Jong-il was stunned and stood nearly motionless, as Russian President Dmitry Medvedev pointed to a men’s clothing store. Medvedev said that he refused to discuss important matters with the Korean leader unless he wore a professional business suit, and to stop dressing like a high school janitor.