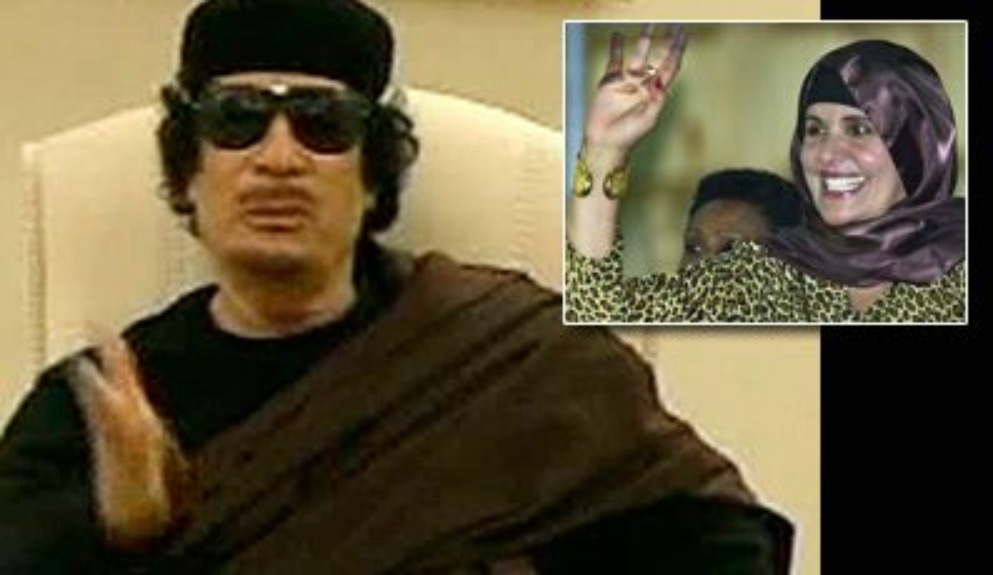 BREAKING NEWS – Tripoli, Libya – Muammar Qaddafi’s wife and three of his children have fled Libya to neighboring Algeria, but rebels are still hunting for their former leader because he still hasn’t left the country. They believe that he plans on attempting to leave soon, after he was recently filmed on a store camera at Blockbuster Video, threatening to kill a clerk if he charged him any late fees.