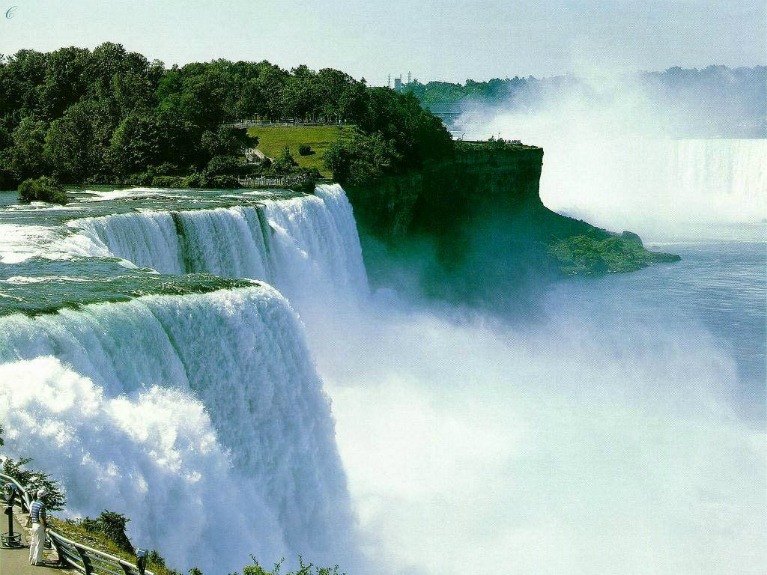 Niagara Falls used to be one of the most popular places in America to go on a honeymoon. When I went there I saw why. I stood next to a rail that overlooked its’ beauty and I was completely mesmerized. The power and the roar of the cascade gradually hypnotized me into a serene, altered state. I held on to the rail and closed my eyes, feeling absorbed by my surroundings. As the wind began to whip up, I felt a few droplets on my face, which I assumed was spray from the rush of the water. But when I opened my eyes, it became apparent that the droplets were not from Niagara Falls, but from stupid jogger that had stopped up-wind near me and was sweating like a pig. Yuck!