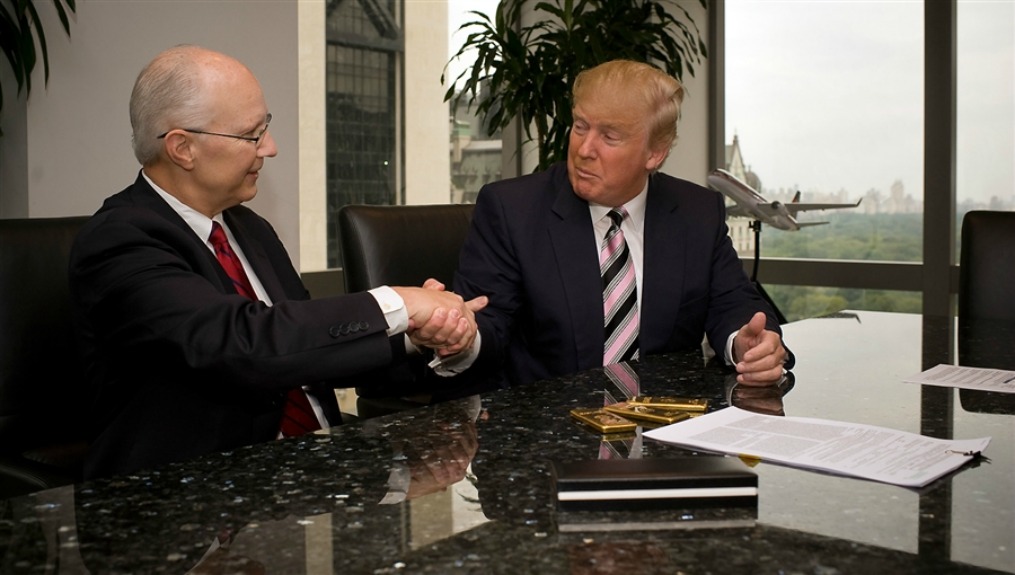 BREAKING NEWS – New York City, New York – Donald Trump said he is happy and confident, and believes he has finally found the right man for the job as he shakes hands with Michael Haynes. After a ten year nationwide search, Trump is sticking to his promise, that he would pay anyone three gold bars if they could create a toupee that didn’t make him look like an idiot when the wind was blowing.