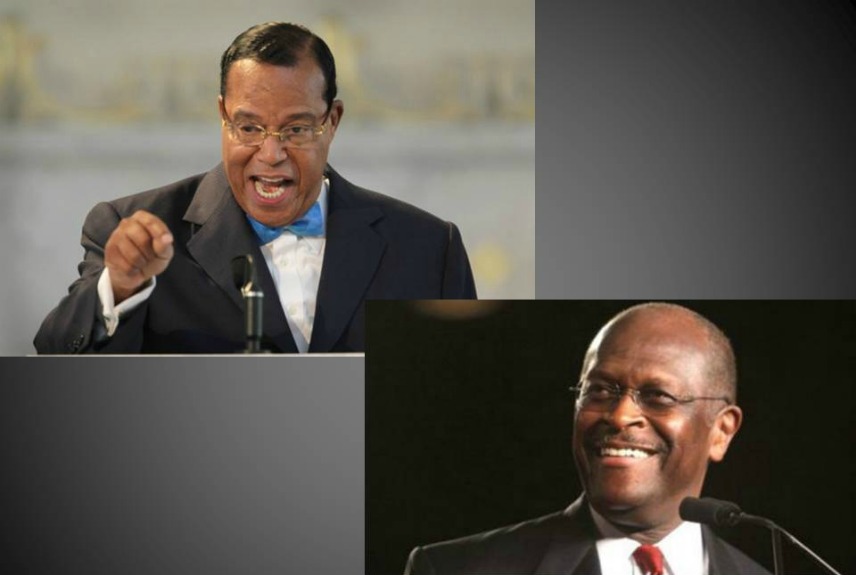 BREAKING NEWS – Chicago, Illinois – Nation of Islam leader Louis Farrakhan, states that presidential candidate Herman Cain is against blacks because he’s running as a conservative republican. Farrakhan, who strongly objects to interracial marriages, withdrew his previous other allegation after meeting with ABC executives, once they proved that Herman Cain is not secretly married to All My Children’s Erica Kane.