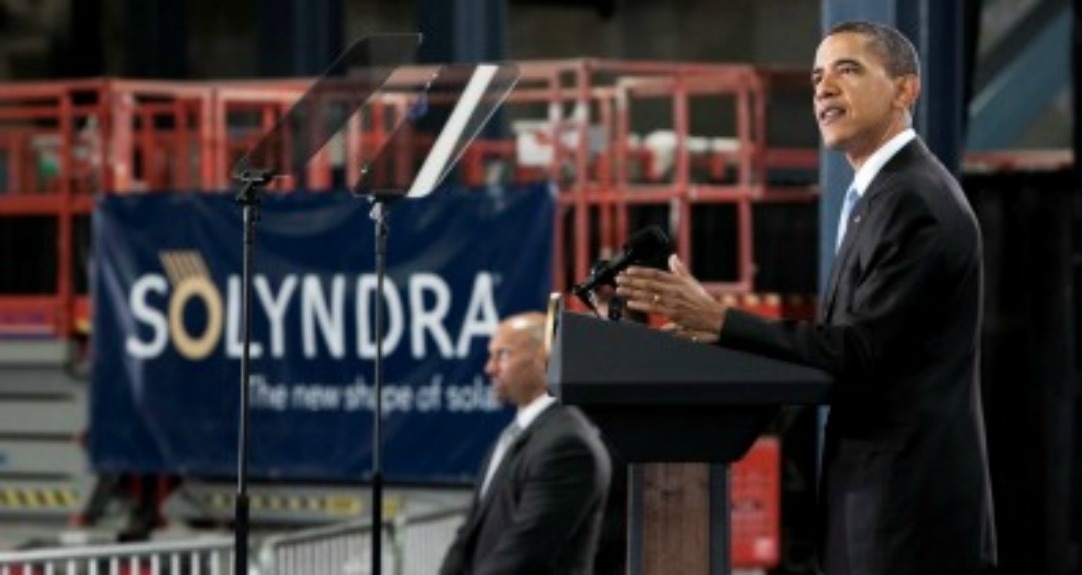 BREAKING NEWS – Fremont, California – A recent secret meeting has now been made public between solar panel company Solyndra and President Obama. The President was videotaped praising the now bankrupt company for “working the system” and “efficiently ripping off the U.S. taxpayers” for over $500 million that they don’t have to pay back. However, Obama reminded them that he could have the U.S. Justice Department prosecute them for fraud, and he said he’ll make that decision based on how much his balance “mysteriously rises” on his secret Swiss Bank account.