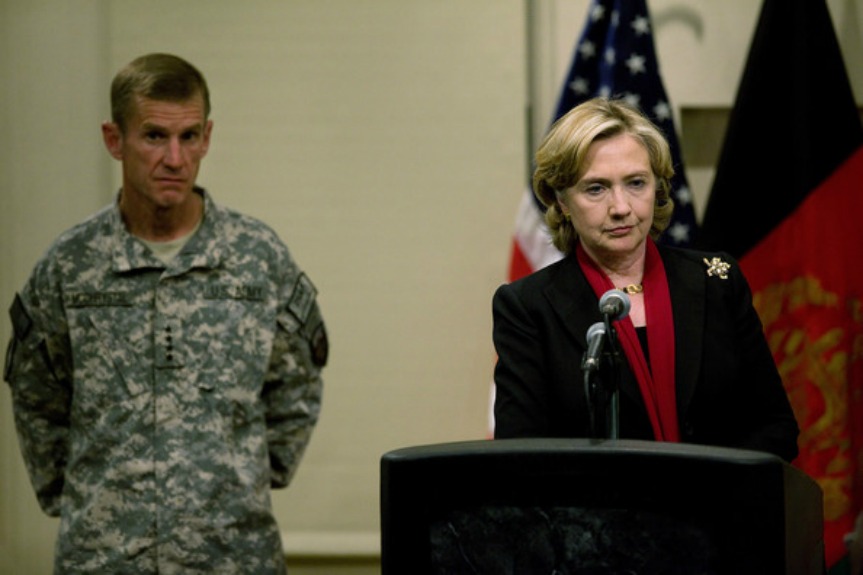 BREAKING NEWS – Kabul, Afghanistan – While holding a press conference in Afghanistan, Secretary of State Hillary Clinton tries to poke fun at GOP candidate Herman Cain for being the former CEO of Godfather’s Pizza. But her smile quickly turned into a frown, after a reporter asked her if it was true that Godfather’s Pizza was Bill Clinton’s favorite place to order food, while spending a romantic evening with one of his countless mistresses.