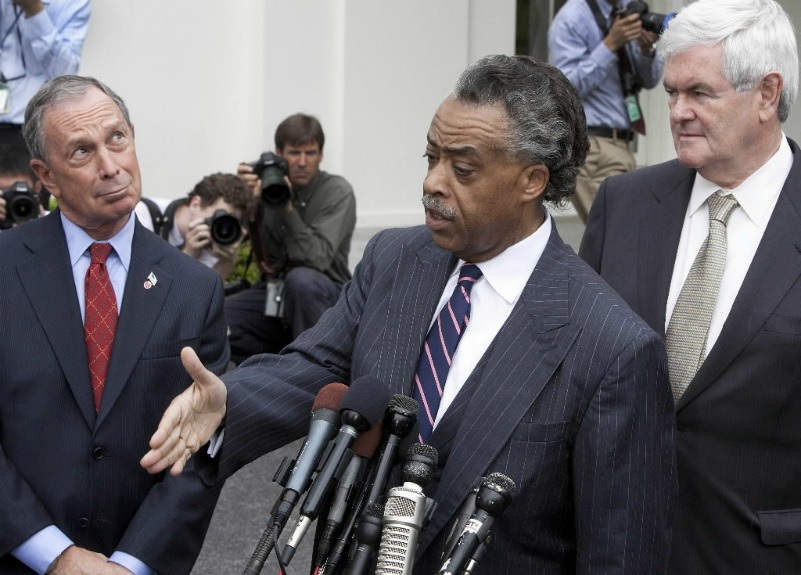 BREAKING NEWS – Washington, D.C. – Newt Gingrich was speechless and Mayor Michael Bloomberg stared into the sky, as they both tried to ignore Al Sharpton’s questions and comments to reporters. Sharpton demanded that the camera crews from the media explain to him why so many of the microphones were black, alleging that it was more than likely some subtle form of bigotry. When no one responded, he promptly left the press conference. A spokesman for Sharpton later stated that he will comment further on the issue, after he and his staff has had time to fabricate an acceptable conspiracy.