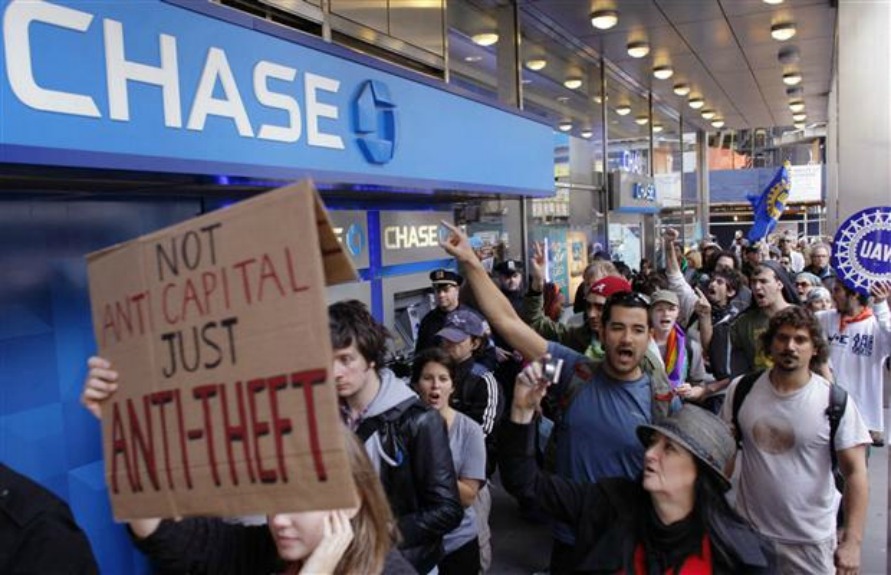 BREAKING NEWS – New York City, New York – Occupy Wall Street protestors invade Chase Bank, denouncing the government’s $94.7 billion bailout. Later in the day at a press conference, CEO James Dimon stated that the protestors are costing his company money. He said every time they invade one of their branches, Chase Bank has to use some of the bailout money to fumigate, plus all of the tellers have to be checked for lice.