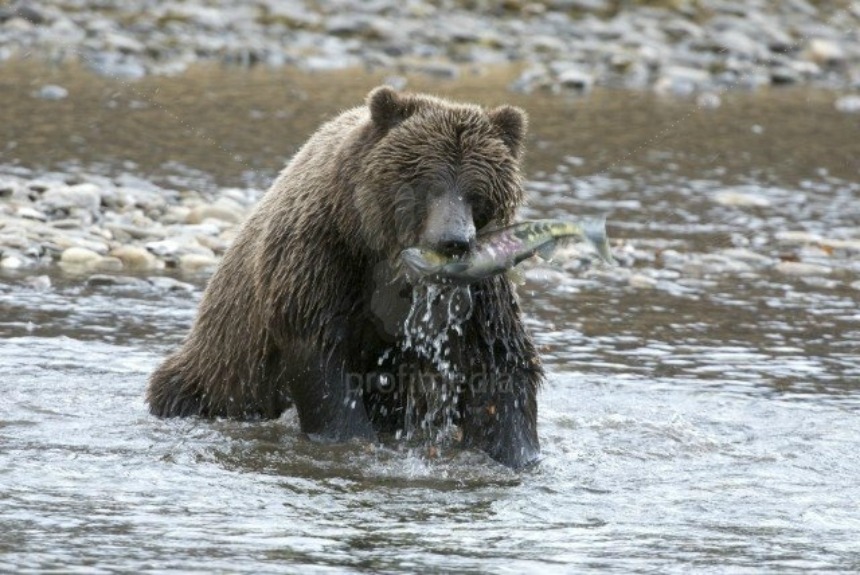 I went to Glacier Bay National Park in Alaska to photograph the spectacular salmon runs. As I was getting some great shots, I noticed about 100 yards away, a brown bear and her cubs. She must’ve weighed at least 1500 pounds. The mother bear waded in the rushing stream catching the salmon, while the cubs played on the banks. Every time she caught a fish she brought it to the shore. All of a sudden she stopped fishing and began looking in my direction. I was using a telephoto lens on my camera, so I knew she couldn’t see me, but I also knew that bears have a keen sense of smell. I turned around and began to leave the area.

After I took a few steps, I looked behind me and saw the bear trotting toward me. I dropped my camera and ran. The next time I looked behind me the bear was closing in fast. I tripped over a rock and it felt as if I broke my ankle. The pain was excruciating yet I still tried to run. It soon became obvious that I was not going to get away, so I decided to lay on the ground as if I were dead. After the bear reached me, it slowly walked around me. I remained motionless but I wanted to shake in terror. With its’ powerful jaws, it grabbed the hood of my coat and began to drag me as if I were a rag doll. I kept my eyes closed still terrified. I heard the sound of running water and I knew it had dragged me back to the stream. When it released my hood, with caution I gradually opened my eyes and fixated them on the bear. It appeared to be using its’ dagger-like claws to scratch something on the ground. When it was finished, it grabbed me by the hood and stood me up.

To my amazement, I was never in any real danger. Because it had written on the shore next to the pile of fish, “Do you know anywhere around here we can get some tartar sauce?” I know it’s important to protect our wildlife, but these animals have are gotten way too spoiled.