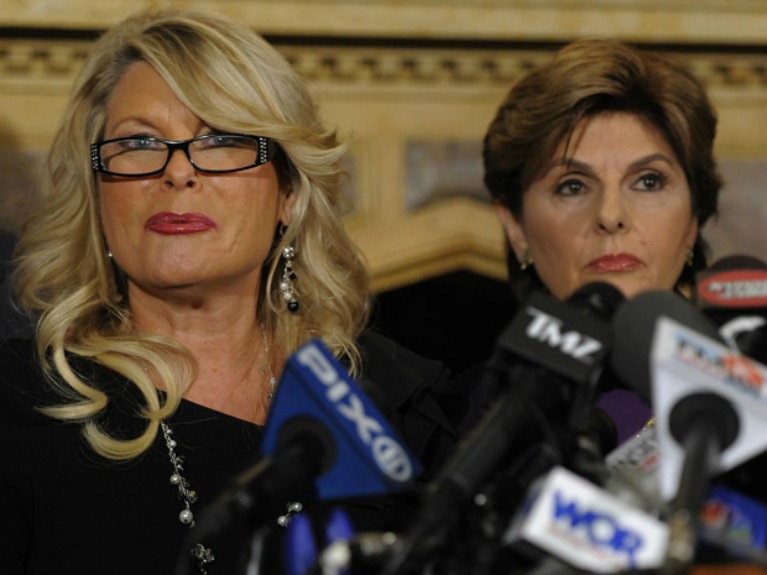 BREAKING NEWS – New York City, New York – Attorney Gloria Allred who is now representing Sharon Bialek because of her sexual harassment allegations against Herman Cain, explains why her client has been unemployed for the past 13 years and filed bankruptcy twice. Allred states that Bialek’s experience with Cain was so traumatic, that it made her financially reckless and extremely lazy.