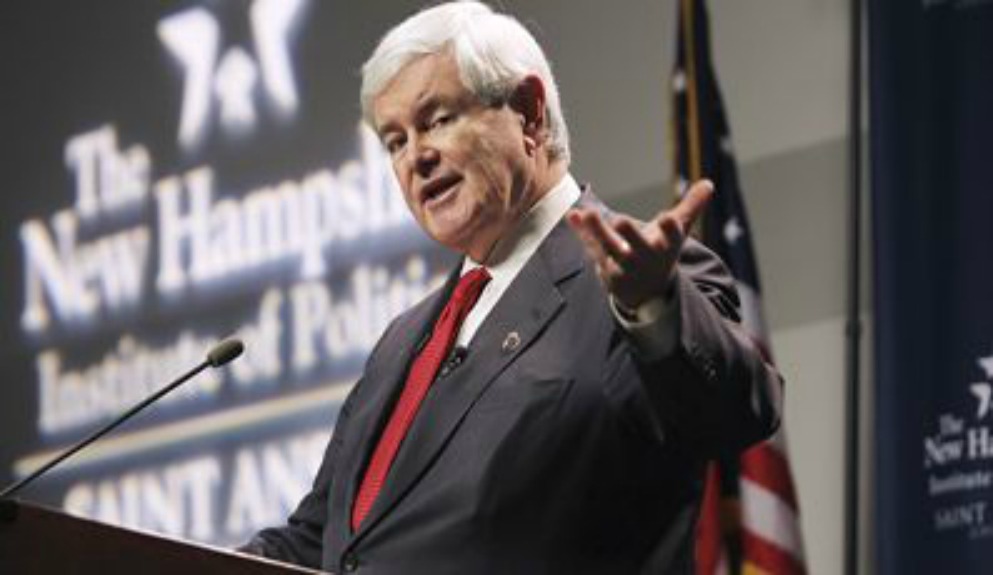 BREAKING NEWS – Manchester, New Hampshire – GOP presidential candidate New Gingrich receives the coveted endorsement from the highly-influential New Hampshire newspaper “The Manchester Union Leader”. According to an anonymous source, Mitt Romney who was counting on that endorsement, took it very hard. Before being heavily sedated, Romney was said to be literally pulling his neatly trimmed hair out by the roots.  He was also screaming at the top of his lungs after seeing the picture of Gingrich making the gesture, on how he would hand Romney his own butt in the New Hampshire primary.