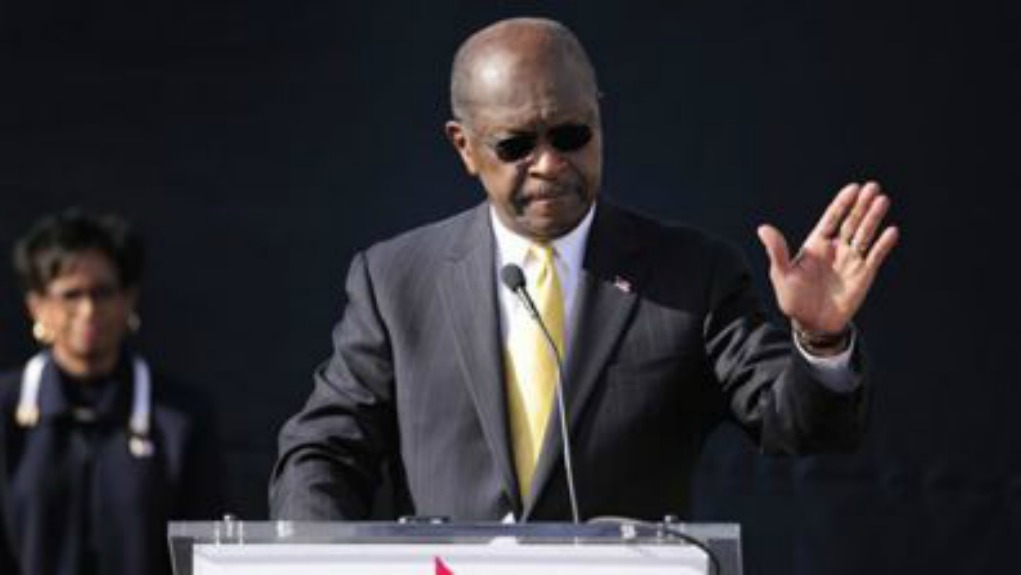 BREAKING NEWS – Atlanta, Georgia – Herman Cain is said to be doing fine after the doctors used over a 100 stitches to close him up. His wife Gloria Cain was not arrested after giving the police a questionable explanation, which was she was sleepwalking carrying a pie cutter, and she thought Herman was a Godfather’s Pizza.