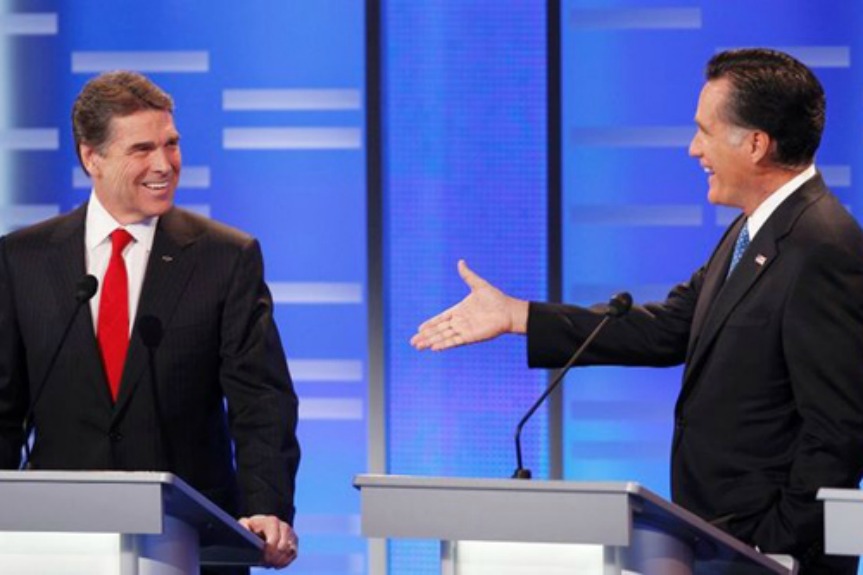 BREAKING NEWS – Des Moines, Iowa – After Mitt Romney bet Governor Rick Perry $10,000.00 regarding a national health care mandate, U.S. Attorney General Eric Holder says he planned on having Romney arrested, and charged with illegal gambling that’s sponsored by organized crime. Holder’s advisers later convinced him that Romney has no ties to Sicily, and there is no such thing as the Mormon Mafia.