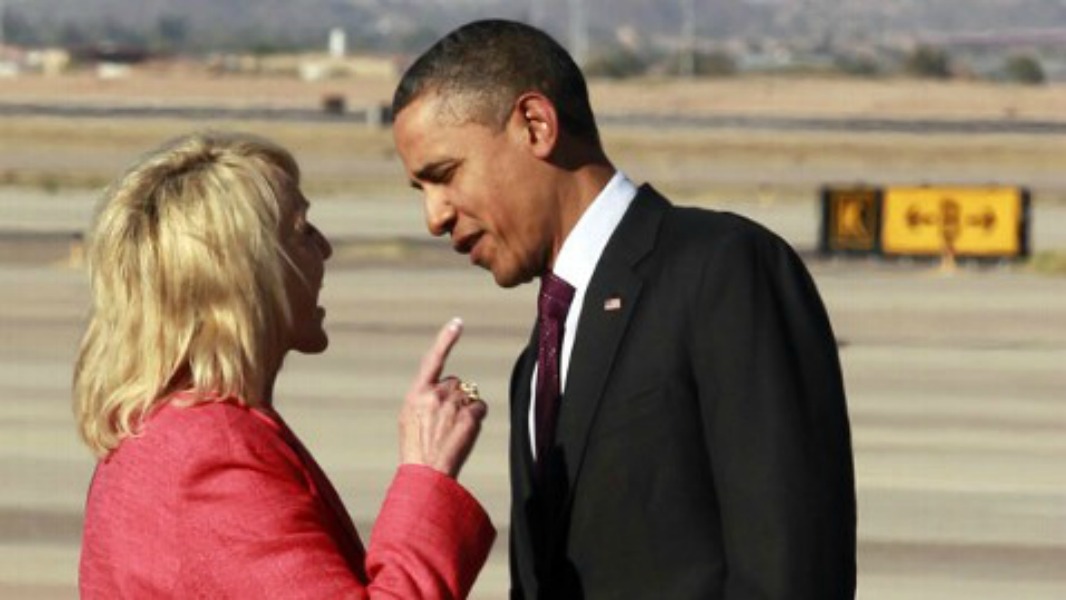 BREAKING NEWS – Mesa, Arizona – Arizona’s governor Jan Brewer, is seen in a heated discussion with President Obama over immigration. Brewer was visibly animated as she demanded that the President secure the southern borders. Obama was just as passionate about his position, and responded by saying that he would do it, only if she would allow any illegal immigrants in Arizona to vote in the 2012 election, as long as they promise to vote democrat.