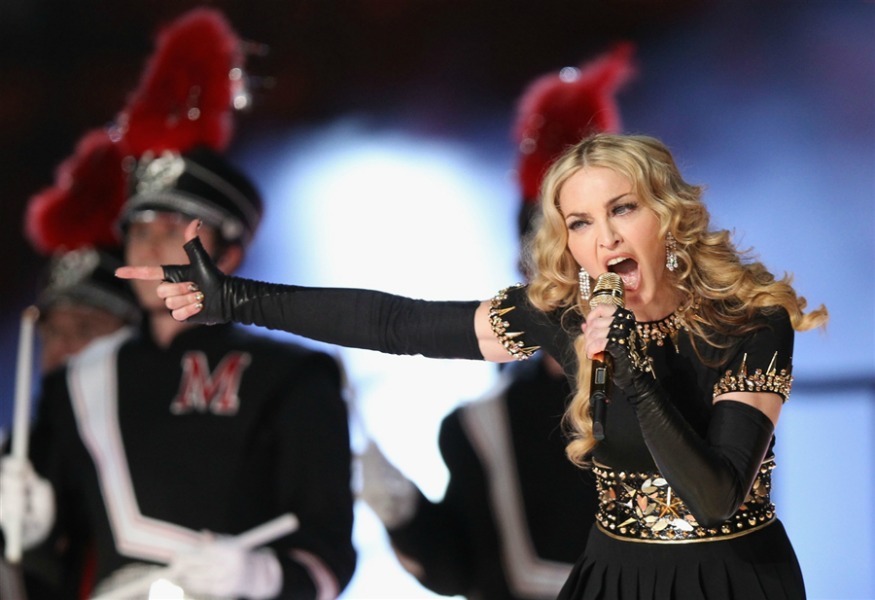 BREAKING NEWS – Indianapolis, Indiana – NBC is now denying that they edited out a part of the Super Bowl halftime show because of Elton John’s threat to sue them. According to hundreds of witnesses, Madonna, who has an ongoing feud with Sir Elton, stopped singing in the middle of her show and angrily stated that he wears sexier panties than she does.