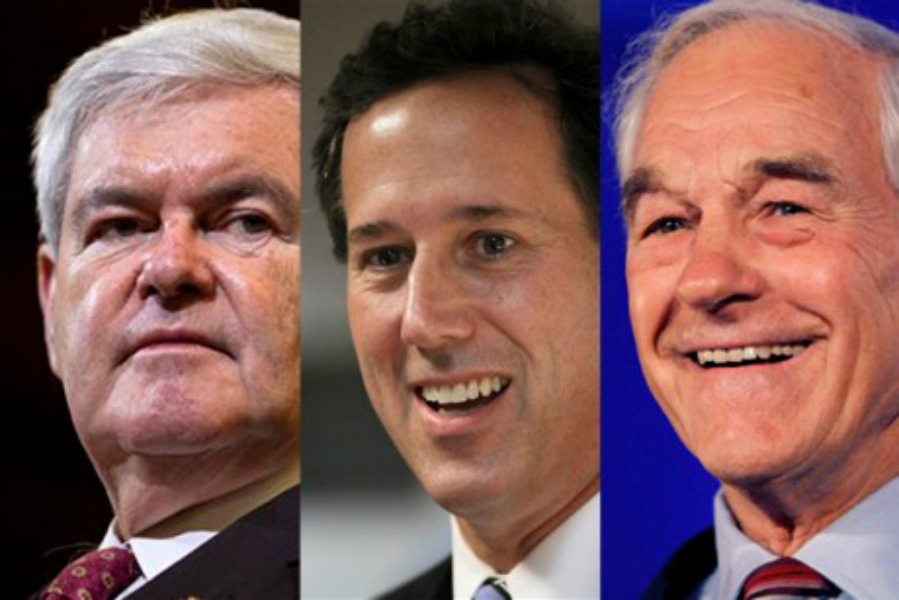 BREAKING NEWS – Washington, D.C. – A private meeting was recently held between GOP candidates Newt Gingrich, Ron Paul, and Rick Santorum. The purpose of the gathering is to determine which two of them should immediately drop out of the race, so only one of them can go head-to-head with Mitt Romney. Santorum feels that he should remain because he has the most delegates. Paul believes he should be the one because he’s the oldest, and Gingrich stated that it should be based on head circumference.