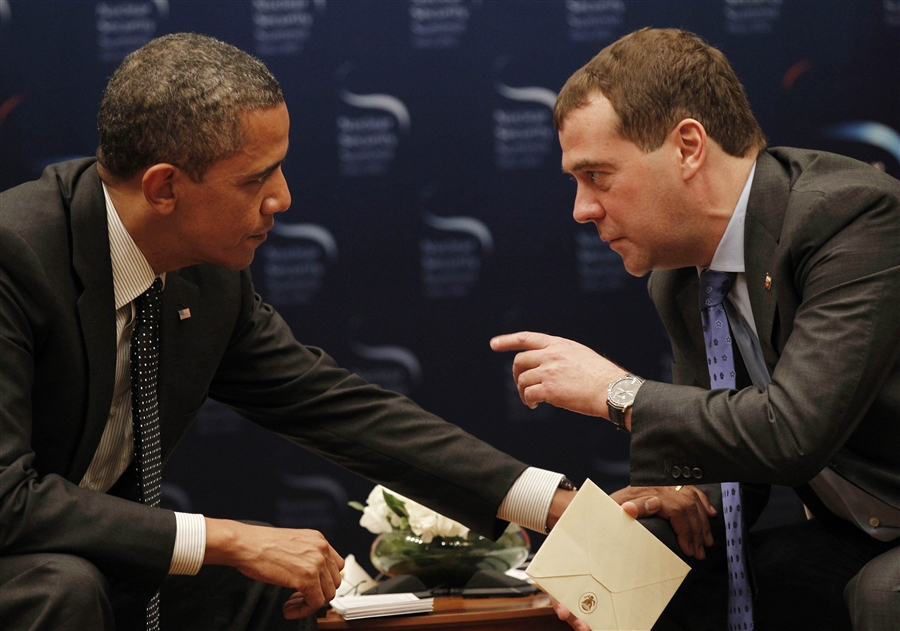 BREAKING NEWS – Seoul, South Korea – During a bilateral meeting at the Nuclear Security Summit, President Obama makes an unprecedented gesture to promote trust and world peace. He gives in an envelope to Russian President Dmitry Medvedev, a list of all of the United States missile sites and launch codes. Medvedev promised to give him the same information regarding the Russian military after returning to Moscow, but witnesses say he walked away from Obama snickering.