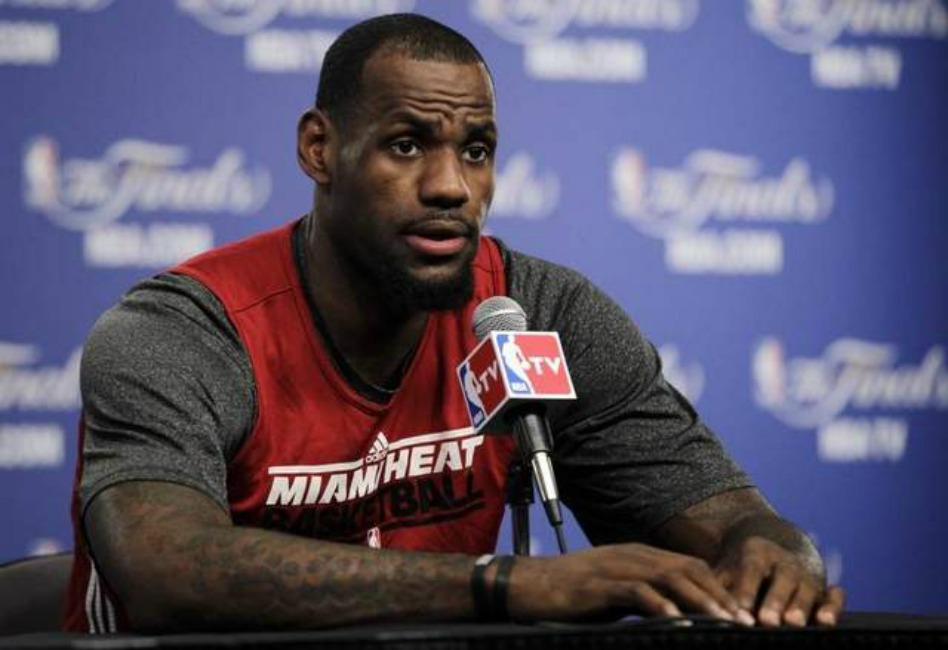 BREAKING NEWS – Oklahoma City, Oklahoma – At a press conference, LeBron James states that because of advice by his legal counsel, he will not respond to the threats of him being sued by thousands of Miami Heat fans. The possible civil litigation surrounds a statement that he made shortly after leaving Cleveland, guaranteeing a championship in Miami. Because he hasn’t come close to fulfilling his promise, thousands of fans are planning to file a lawsuit against him alleging breach of contract. LeBron’s attorney later stated, that if the Heat goes down 3-0, he’ll suggest an out-of-court-settlement.