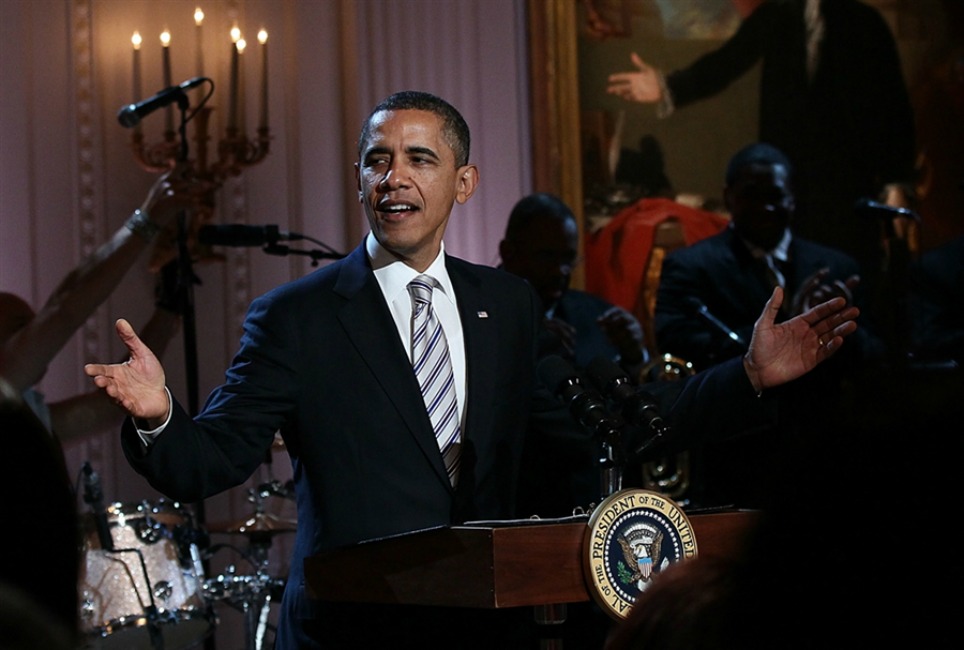 BREAKING NEWS – Washington, D.C. – President Obama is seen giving a speech at a wedding that was held in the East Room of the White House.  He is currently allowing couples to be married there, providing that they donate money to his re-election campaign. However, Obama also stated that he won’t allow conservatives or republicans to use the space because of the amount of alcohol that will have to be served. And he later acknowledged that most of them could not stomach his presence, unless they consumed at least one gallon of hard liquor.