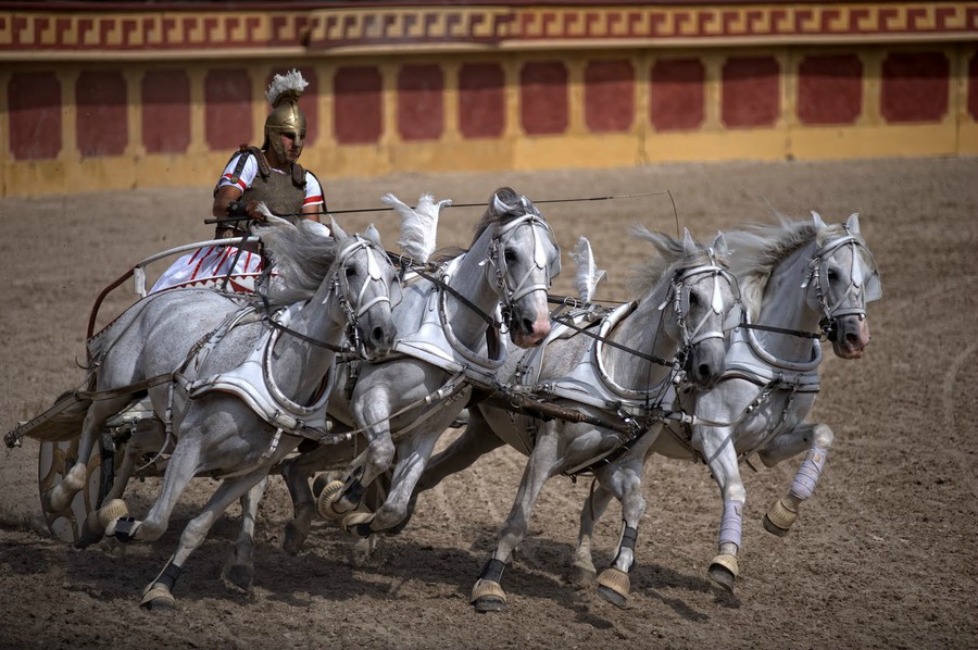 U.S. & World History – Chariot races in ancient Rome were one of the most popular spectacles of their time. Thousands of people would fill the stadiums to view the events, often betting on their outcome. Occasionally, some of the men were killed while competing. Their unfortunate deaths was caused from them being thrown from the chariot, usually from either going around a turn too fast, or not having a firm grip on the horse reigns while texting.