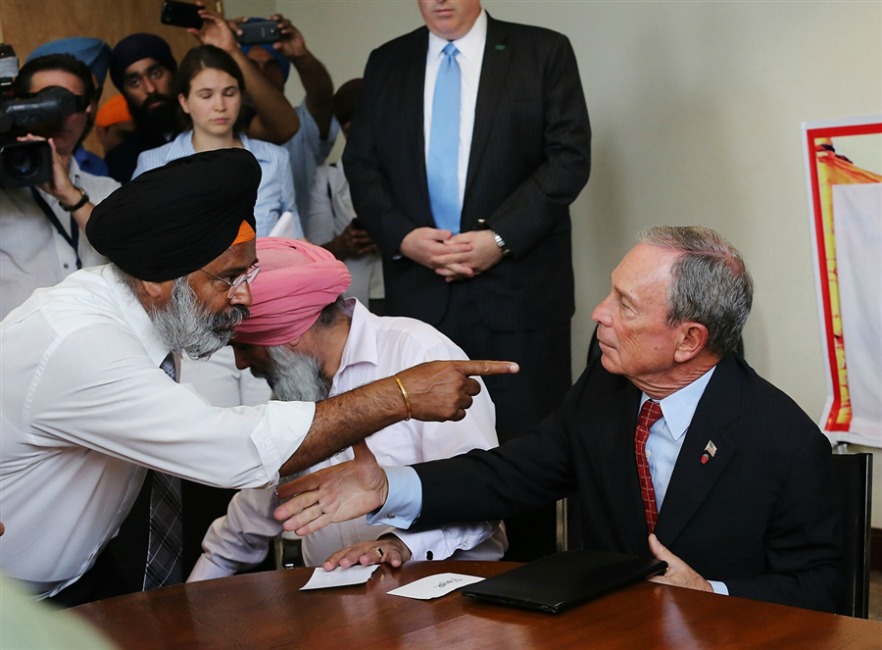 BREAKING NEWS – New York City, New York – While visiting the Sikh Cultural Society in Queens New York, an angry Muslim is seen demanding an apology from Mayor Michael Bloomberg. The man in the pink turban was reduced to tears and stormed off, after the mayor who was unsure of what the color signified, asked them if they were a couple.