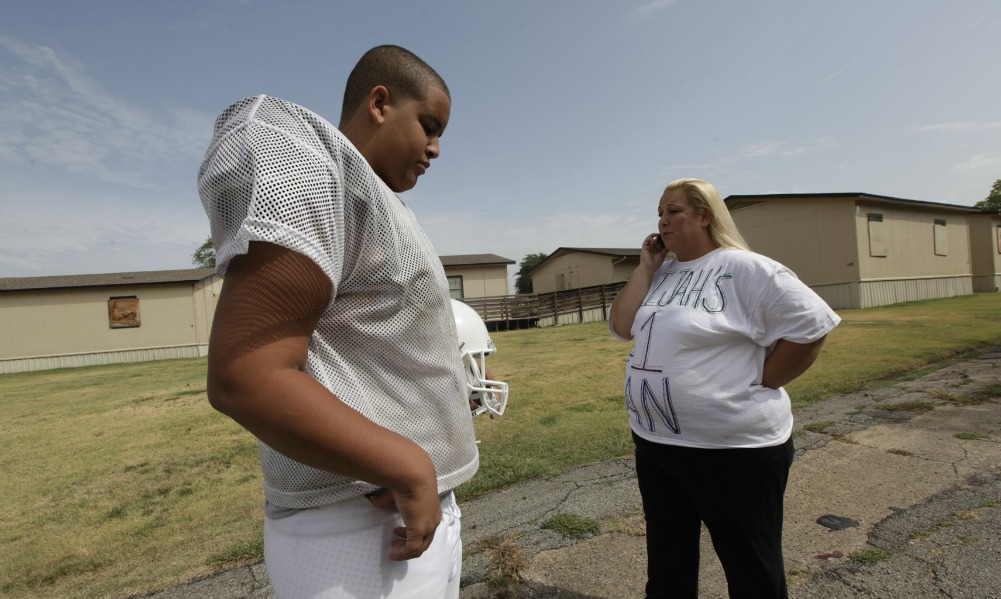 BREAKING NEWS – Mesquite, Texas – The Mesquite Pee Wee Football Association rules that 6-foot-1-inch Elijah Earnheart, that weighs nearly 300 pounds, is not eligible to play in their league even though he’s only 12. His mother stated that her son has been so depressed over the decision, that at lunch time, he rarely finishes his typical wheelbarrow of French fries.