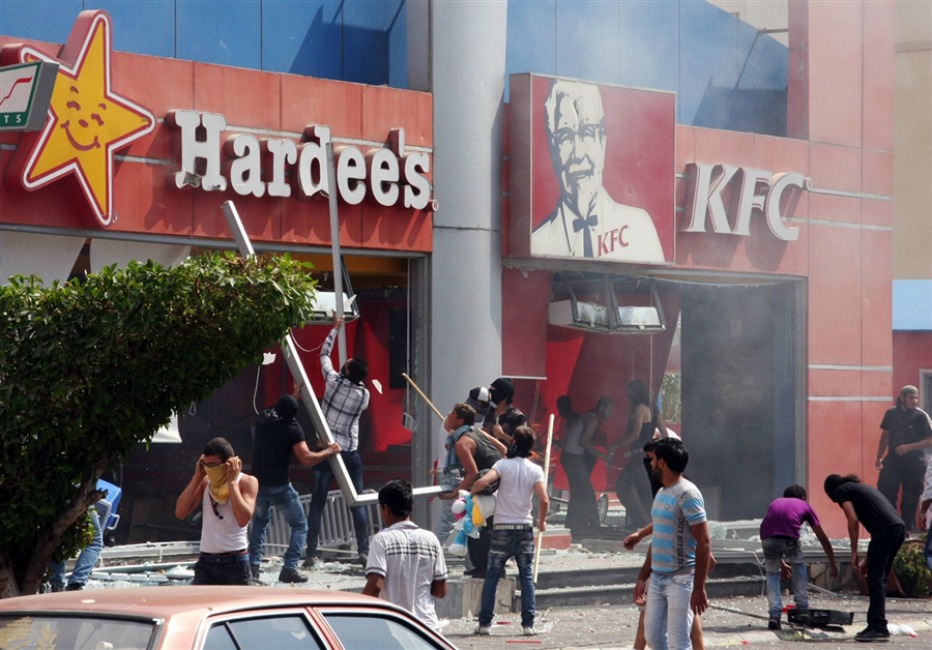 BREAKING NEWS – Triploi, Libya – Angry protesters vandalize and destroy a KFC and Hardee’s. They were outraged at both fast food restaurants new, “no shoes, no shirt, no jackets filled with high explosives, no service policy”. They said it is an insensitive and arrogant attempt by Americans to deny them a well balanced meal, before they blow themselves up, along with innocent victims. They we equally outraged at both restaurants starting to strictly enforce their “no refill” policy too.