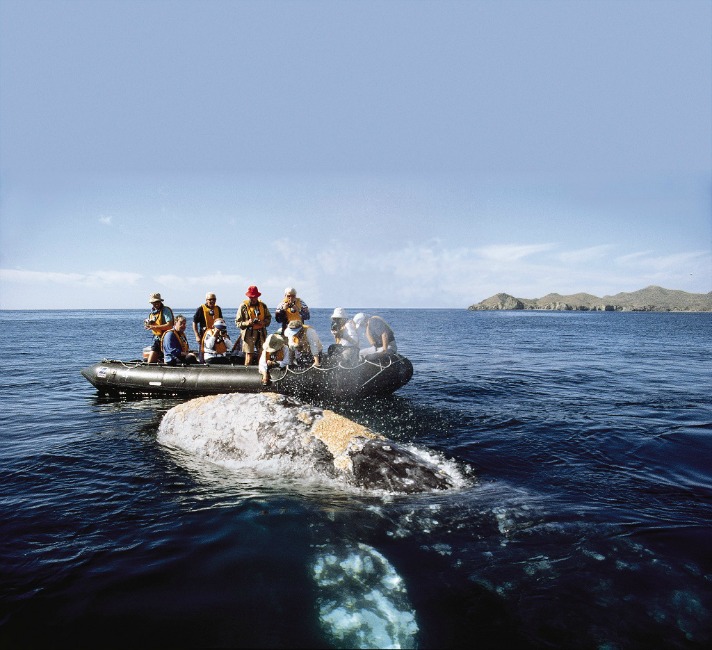 In a chartered boat at dusk off the coast of San Diego, I and about ten other people were watching the migrating California gray whales. We were all in awe as these gentle giants gracefully swam by our vessel. The most anticipated part of the trip happened when the tour guide lowered a microphone into the water so we could hear the “songs of the whales”. These san diego whale watching trips are one of the most incredible experiences you can have if you want to get closer to nature, they’re full of magical moments like this that literally take your breath away.

He stated that the gray whale’s sound repertoire included grunts, pulses, clicks, moans and knocks. What we heard after he turned up the volume, was methodical sounds in various tones. But then it suddenly changed into something the tour guide called “aquatic rap”, which consisted of a more deliberate beat with explicit language, and an anti-authority message. He went on to say that it’s difficult to determine how old a specific whale is, but his guess was, that these particular gray whales were unsupervised teenagers.

This proves to me that no matter what the species, this age group is consistently problematic.