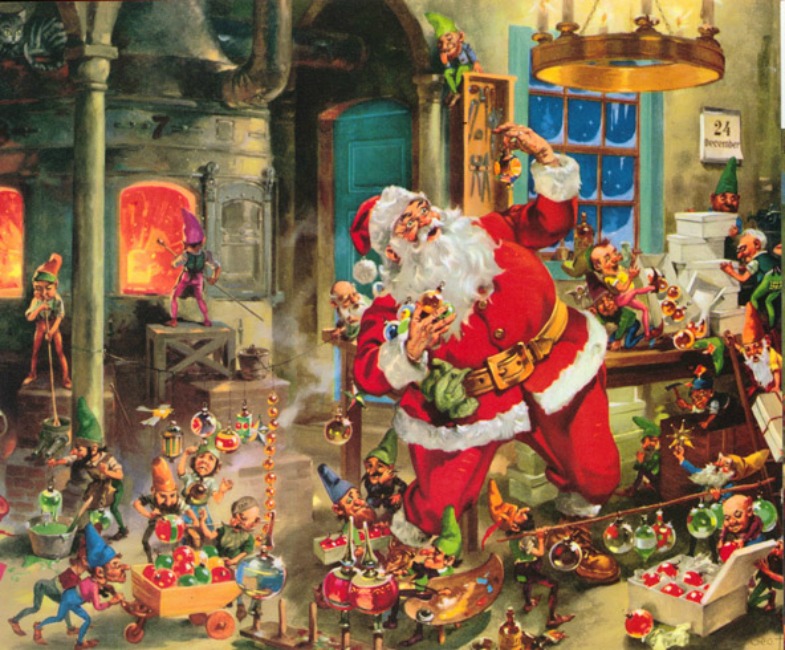 BREAKING NEWS – North Pole, Alaska – Santa Claus has been arrested for running a sweat shop in his toy factories. According to the FBI, he would not allow the elves to go to school to get an education, thus they were forced to remain in their below minimum wage dead end jobs. The Department of Labor is also filing charges against Santa Claus, because he consistently denied the elves medical attention, after many of them fell off of icy rooftops while helping him deliver gifts.