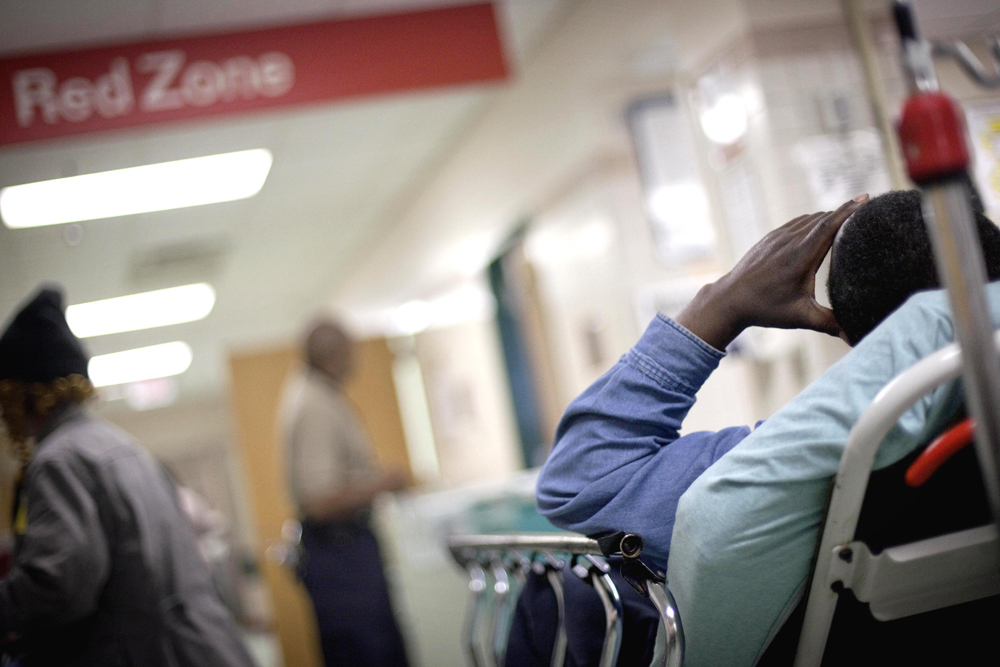 An investigative reporter from Unconfirmed Breaking News went to the top 10 hospitals in America and discovered that they weren’t so tip top:

1. Massachusetts General Hospital – Boston, Massachusetts – Many people in the waiting room took exception to the state law, that all of the magazines must have at least one article about the Kennedys.

2. Johns Hopkins Hospital – Baltimore, Maryland – They allow politicians from Washington, D.C. to visit patients that are dying, promising them that they will still be allowed to vote after they’re dead.

3. Mayo Clinic – Rochester, Minnesota – During the winter months, ambulances trying to drop off injured people had to constantly avoid hitting penguins as they approached the emergency entrance.

4. Cleveland Clinic – Cleveland, Ohio – Nearly 35% of their doctors were bipolar, simply because they lived in Cleveland.

5. Ronald Reagan UCLA Medical Center – Los Angeles, California – Most of the surgeons there were unemployed actors, pretending to be doctors.

6. Barnes-Jewish Hospital/Washington University – St. Louis, Missouri – Constant complaints from non-Jewish patients about the majority of the food being kosher.

7. New York-Presbyterian University Hospital of Columbia and Cornell – New York City, New York – N.Y. – They still refuse to explain why organized crime families are allowed access to their morgues, to confirm that a hit man has completed a job.

8. Duke University Medical Center – Durham, North Carolina – Patients constantly complain that many of them were left unattended, because during the middle of some of their life threaten surgery, doctors often left to watch the college play in basketball game.

9. Brigham and Women’s Hospital – Boston, Massachusetts – People from out of town that were in vehicle accidents, would regularly get confused when doctors ask them if they got hit by a “caa” instead of a “car”.

10. University of Pittsburgh Medical Center – Pittsburgh, Pennsylvania – Is currently under investigation for refusing to admit anyone who is wearing a jersey that represents a sports franchise from Philadelphia.