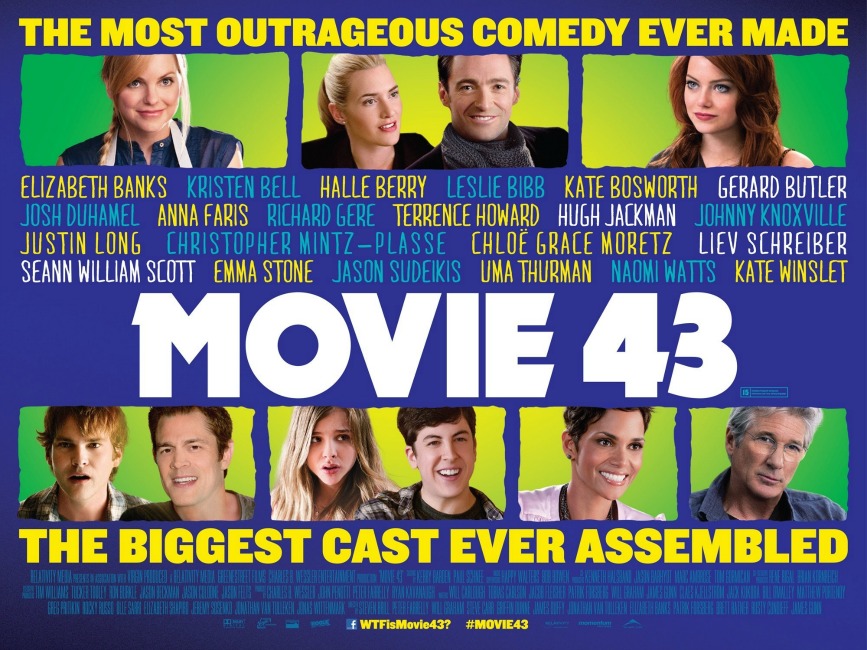 BREAKING NEWS – Hollywood, California – Despite an all-star cast, “Movie 43” is being universally called the “worst flick ever made” by every critic in America. According to reports from several cities nationwide it is so bad, that many theater owners have been arrested and tossed into jail after angry patrons walked out halfway through the movie while calling the police, legitimately claiming that they were robbed.