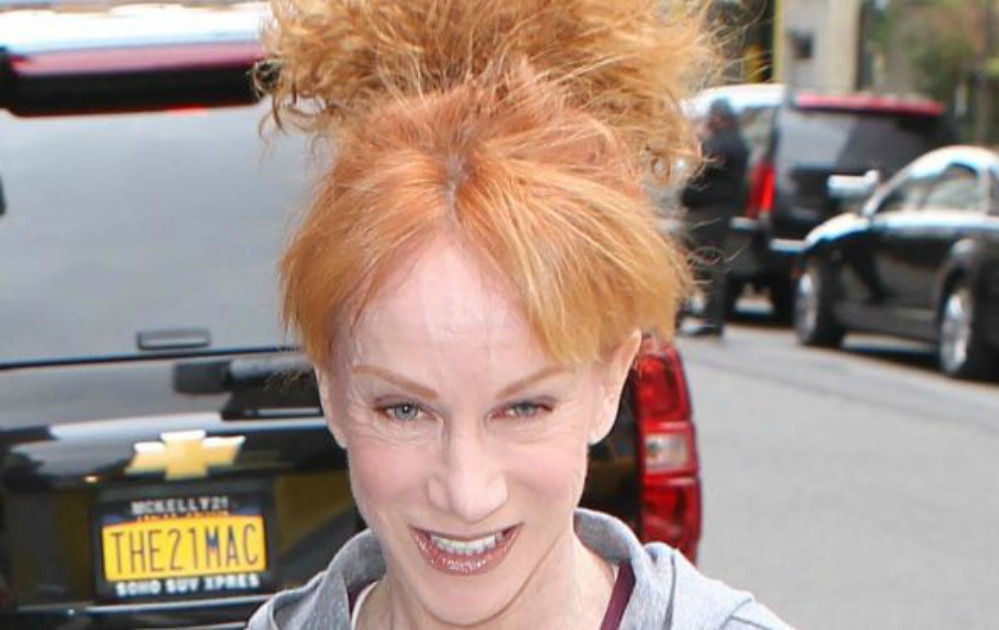 BREAKING NEWS – Hollywood, California – Kathy Griffin was detained and questioned by policeman in Los Angeles, after she was spotted walking around town without make-up. According to the officers that interrogated her, she looked so much like a “walking corpse”, that they would not release her until they contacted every funeral home in Orange County, to make sure that all their bodies were present and accounted for.