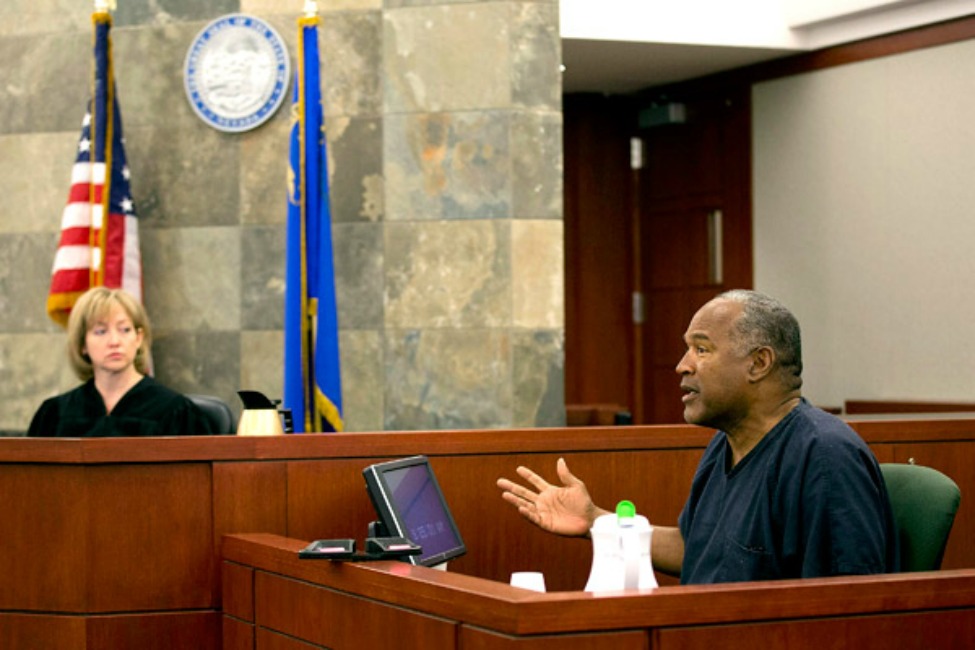 BREAKING NEWS – Las Vegas, Nevada – While testifying in open court regarding his 33 year sentence, O.J. Simpson comments on Jodi Arias getting convicted for first degree murder, in which he blamed her legal counsel. He stated that because her lawyers should have been aware that the brutal murder was going to be a high profile case, they should have fought to move the trial from Phoenix, to any court in California. He explained by saying that the Golden State would be better for Jodi, because they have plenty of agents that can secure book or movie deals for misguided attention seeking jurists that will deliver a moronic verdict, as well as for deranged murderers that are usually free.