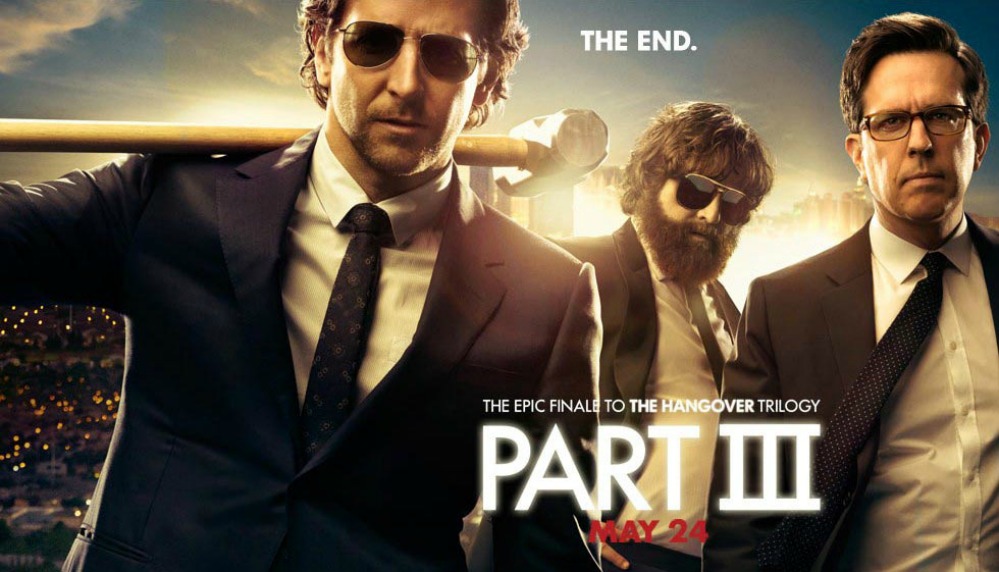 BREAKING NEWS – Hollywood, California – The newly released “Hangover III” is said to be the frontrunner for the worst flick of 2013. According to theater owners, it is so bad, that after it ends, they have ushers standing at the exits giving all of the patrons a refund and an apology. Many of the theater owners also stated that they did the same thing in 2012 for the movie “Battleship”, and have done it several times over the past 10 years for films starring Eddie Murphy.