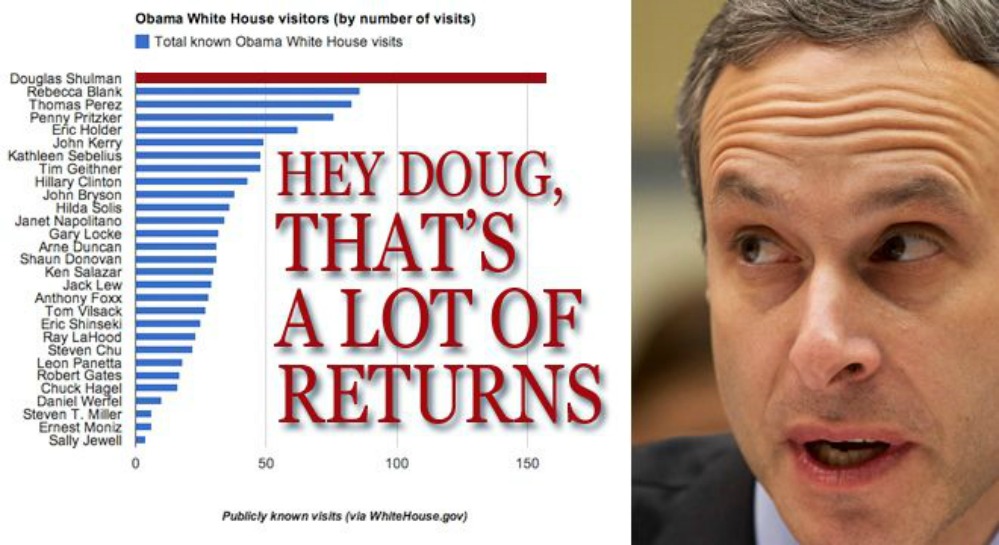 BREAKING NEWS – Washington, D.C. – According the Daily Caller, the former head of the IRS Douglas Shulman, visited the White House 157 times, which is more than any Cabinet member. Many unnamed employees of the White House have stated that he had a well deserved reputation of being insensitive and ruthless. They pointed to a specific incident where he had the entire kitchen staff audited, after he was served a steak that was slightly undercooked.