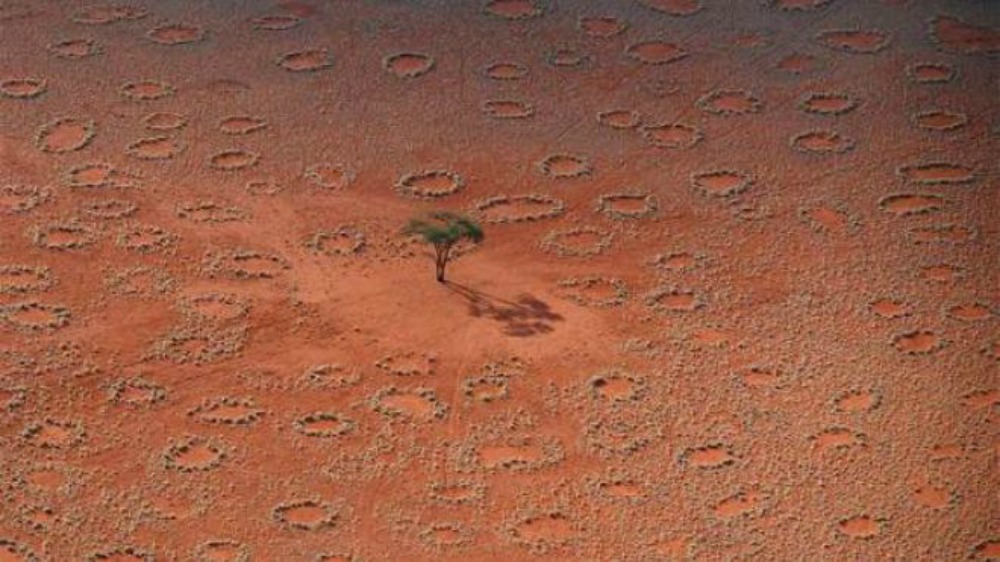 BREAKING NEWS – Namibia, Angola – The bizarre circular patches of bare land called “fairy circles” in the grasslands of Africa’s Namib Desert have defied explanation for years, with hypotheses ranging from ants to termites to grass-killing gas that seeps out of the soil. But thanks to naturalists placing motion detecting cameras in strategic locations, the mystery has finally been solved. Video now proves that the unusual circles were made at night by elephants participating in competitive ballroom dancing. The cameras also revealed that while the large beasts were gliding rhythmically across the desert, they would often step on animals that appeared from a distance to be small dogs. After examining the bodies of the crushed animals, naturalists believe this proves that the elephants were doing the “foxtrot”.