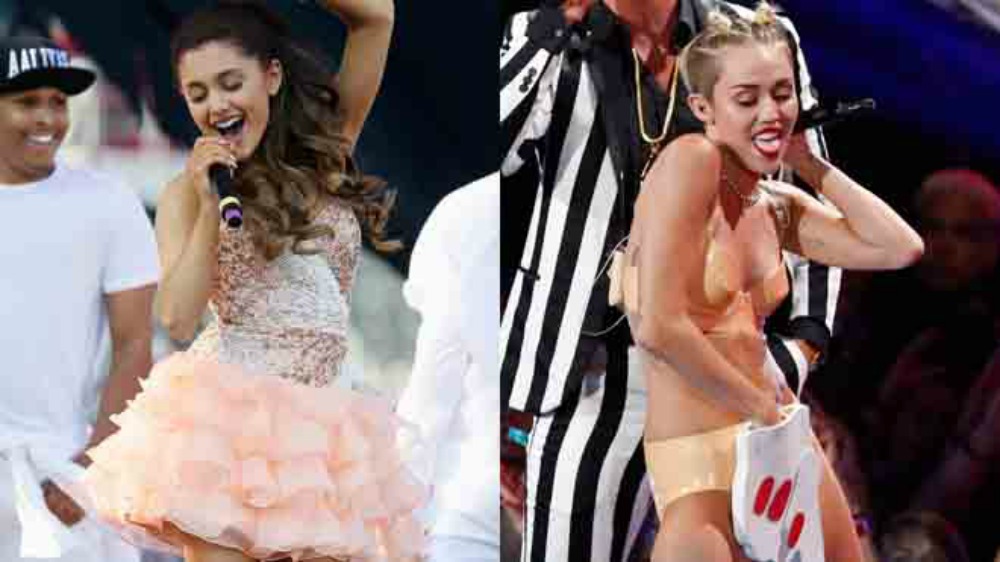 BREAKING NEWS – Los Angeles, California – Ariana Grande and Miley Cyrus are both 20, both were child stars, and both are currently making big news with their new music. And that is where the parallels start to run out. Grande is a very wholesome singer/actress that does a lot for charity, and was involved in philanthropy at the age of 10. Cyrus referred to Grande as being “naive and misguided”, and explained that she shed her “Hanna Montana” reputation because the most valuable commodity for a former child star to promote a new album is “sleaze”. She concluded by saying that morals and family values are grossly overrated, and prolonged exposure to such things is harmful to children..