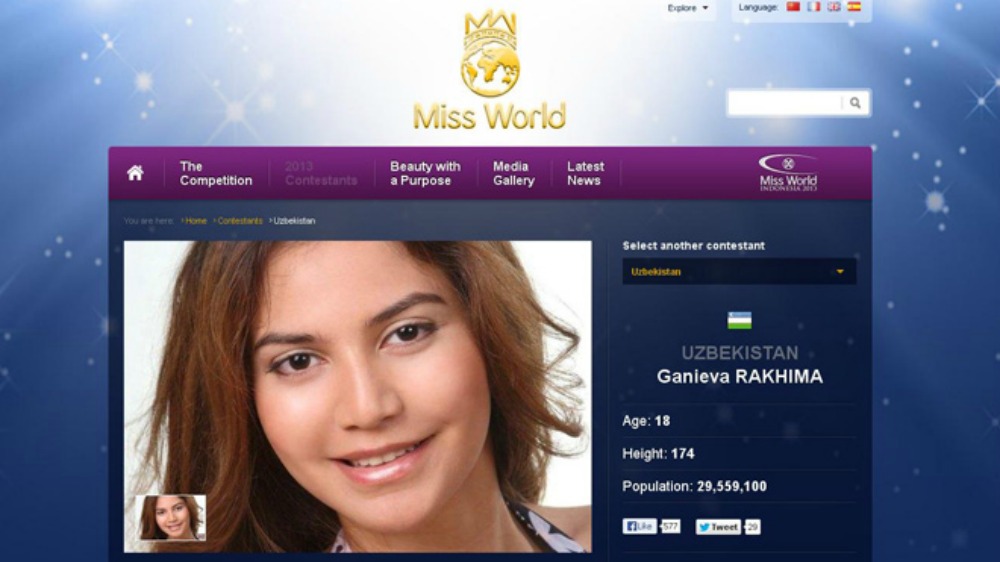 BREAKING NEWS – Bali, Indonesia – Controversy and confusion is swirling around the Miss World 2013 beauty pageant in Indonesia. Rakima Ganieva from the “beautiful and sunny city” of Tashkent describes herself as being a young world traveler, who enjoys tennis, playing the piano and reading books from famed Russian authors. The 18-year-old, who is representing Uzbekistan, includes in her bio that she’s a graduate of the “Tashkent Professional College of Tourism” and aspires to be a lawyer. But Uzbekistan officials say they have no idea who she is and suggested she is an imposter. They also stated that they are now investigating a tip that Ganieva is a terrorist, and plans on wearing a vest filled with explosives over her bikini during the swim suit competition.