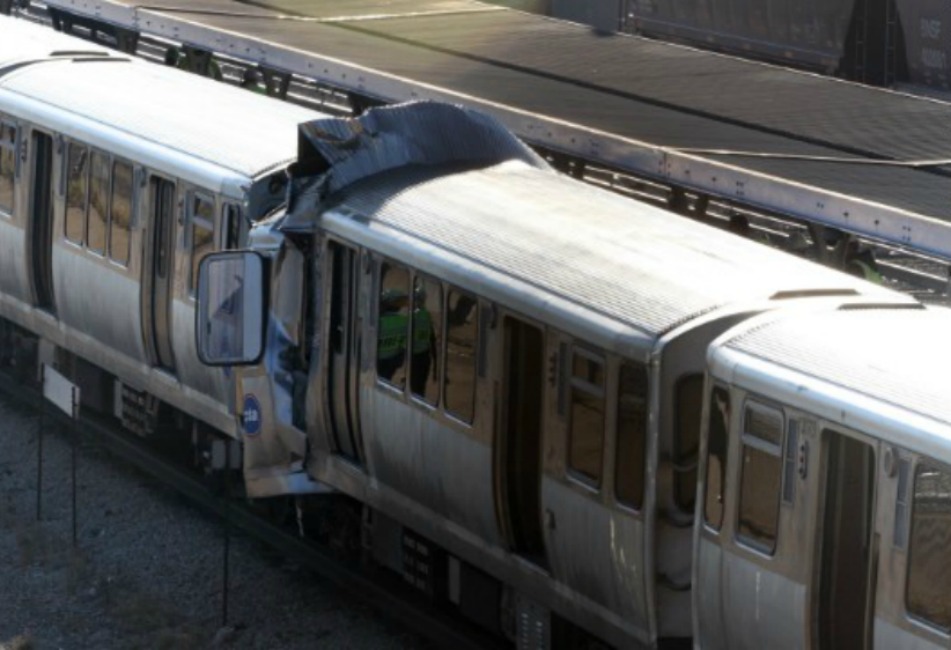 BREAKING NEWS – Forest Park, Illinois – A Chicago commuter train that was parked in a service yard, somehow moved onto a rail line and smashed into an oncoming train, injuring dozens of people. Witnesses that saw the train stated that no one was at the controls as it mysteriously moved down the track. Police are now suspecting that it may be the Ghost Gang, and have already made a few arrests after raiding several haunted houses in Chicago and the nearby suburbs. The arresting officers stated that they were not frightened at all as they searched the eerie homes, even though many of them were photographed driving away with their hair standing on end.