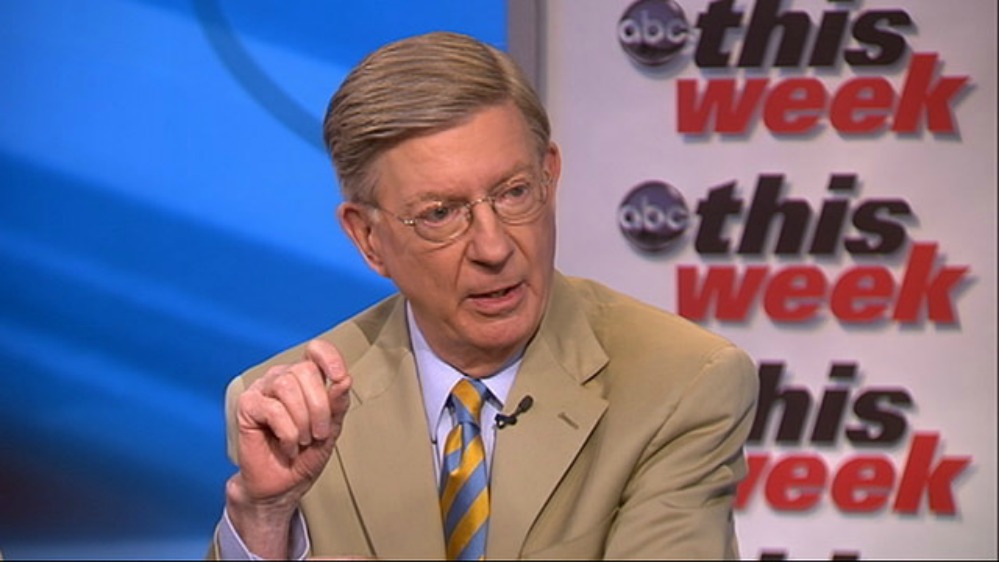 BREAKING NEWS – New York City, New York – Fox News Channel has hired noted political columnist and Pulitzer Prize winner George Will as a contributor. The former panelist for ABC’s “This Week with George Stephanopoulos” will offer analysis and commentary across Fox News’ daytime and primetime programming. At an unscheduled press conference, ABC President Anne Sweeney was visibly angry and accused Fox News of stealing the best journalists from other networks, and “knowingly leaving them with a bunch of losers that no one wants to watch.” While pounding her fist on a podium, she stated, “They already have the top 13 shows on cable news and this is just piling on! It’s greedy, insensitive, and just plain old wrong!”