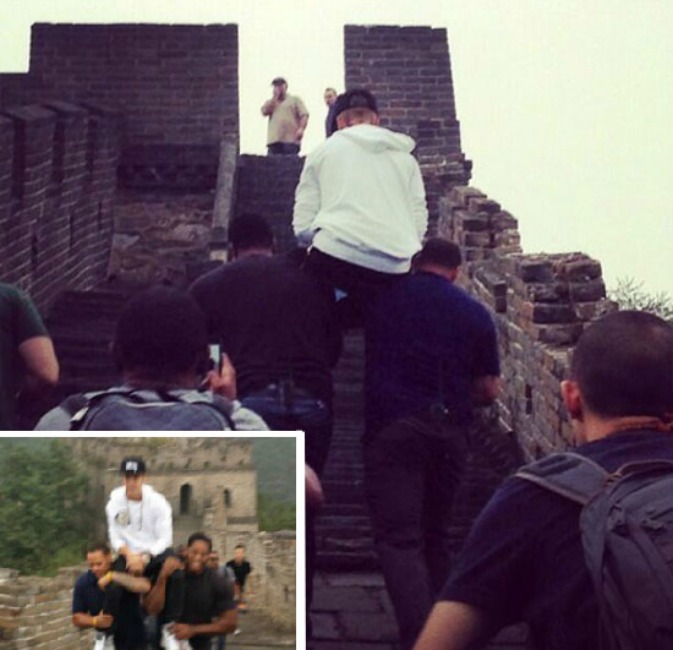 BREAKING NEWS – Los Angeles, California – Justin Bieber finally comments on his bodyguards carrying him up the Great Wall of China. He explained that what he ordered them to do was historical, and was being done as far back as ancient Egypt. The pop star went on to say that his contributions to entertainment worldwide obviously puts him on the same level as royalty. Bieber concluded by saying that the average person if they were honest with themselves, would have to admit that they feel compelled to kneel in his presence, and any people that disagrees with him are “stupid and doesn’t know anything about history”.