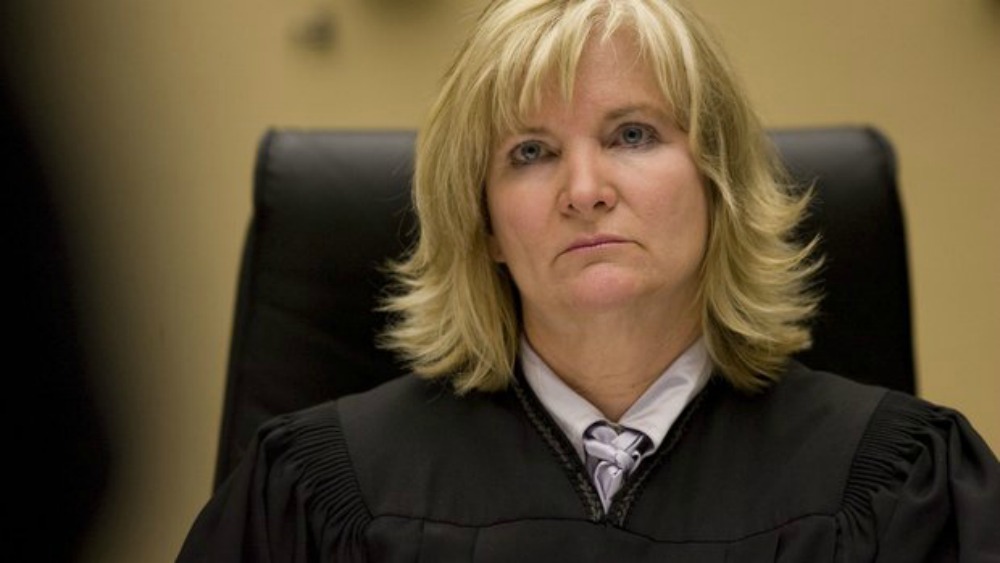 BREAKING NEWS – San Diego California – Superior Court Judge Patricia Cookson raised a few eyebrows after sentencing Danne Desbrow to 53 years to life for murder, and then immediately presiding over his wedding, in which she baked the cake. After the ceremony, Cookson later stated in her chambers that she did the right thing by marrying them, but she believes that Desbrow is a dangerous violent man. Her opinion was validated when instead of cutting the cake and handing out the slices, people in the courtroom were shocked to see him repeatedly stab it, wearing a crazed expression on his face while proclaiming his innocence.