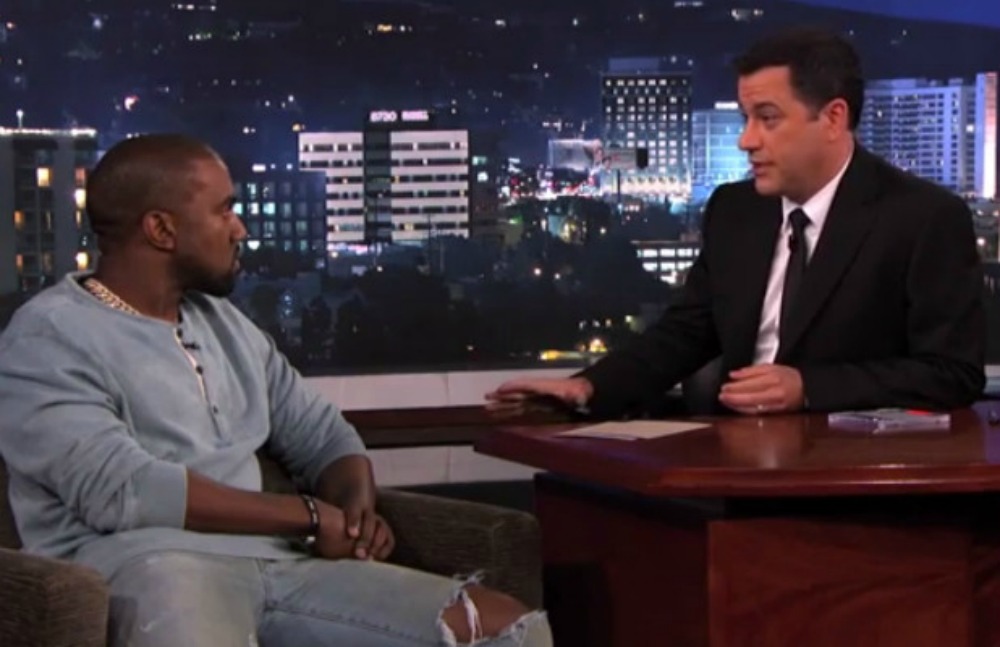 BREAKING NEWS – New York City, New York – Kanye West appears on Jimmy Kimmel’s late-night show, less than two weeks after the pair got into what Kimmel called a “rap feud.” In late September, Kimmel’s show aired a skit that mocked a West radio interview by having a child re-create it. West responded with an irate phone call to Kimmel and a series of profanity-filled Twitter messages that labeled the comedian out of line and unfunny. On the late-night show he angrily stated that either Kimmel is either a “closet racist”, or he’s jealous over the fact that he (Kanye) has a baby with one of the most “attractive airheads” in the United States.