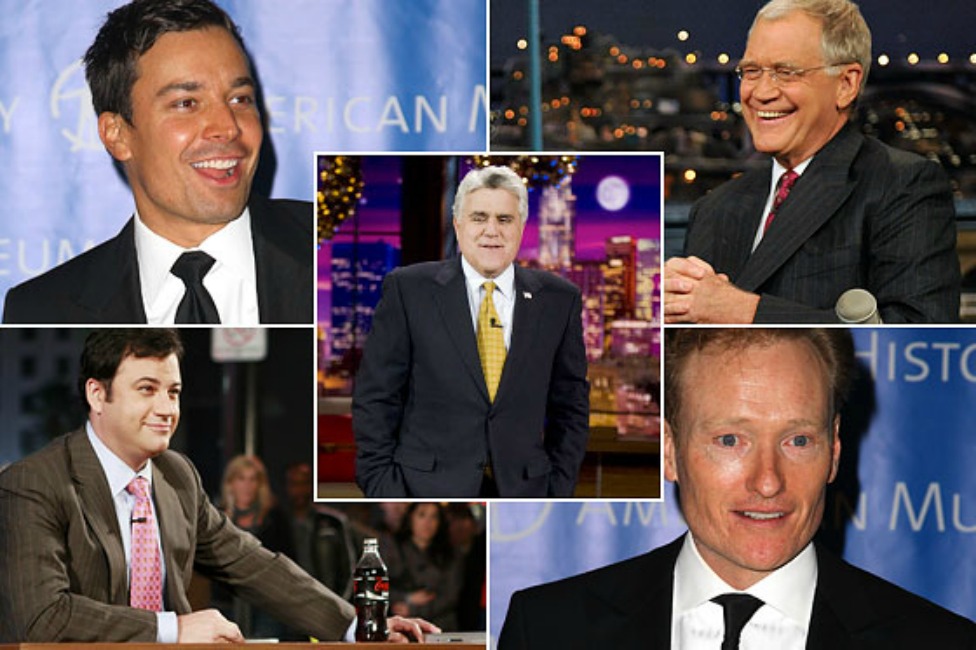 BREAKING NEWS – Washington, D.C. – The U.S. Justice Department announces that there is a ongoing bribery investigation involving five late night tv hosts including Jay Leno, David Letterman, and Jimmy Kimmel. They are being accused of trying to pay President Obama to keep everyone on his current economic advisory team until his term is over. In a written letter, the Justice Department calls all five of them “selfish and unpatriotic”. The four page letter went on to say, that “These tv hosts could care less about this country being run into the ground by this panel of buffoons, and all they want is cheap laughs drawn from the well documented collective stupidity of the current economic advisory team to use in their opening monologues. And it’s a shameful way to boost ratings!”