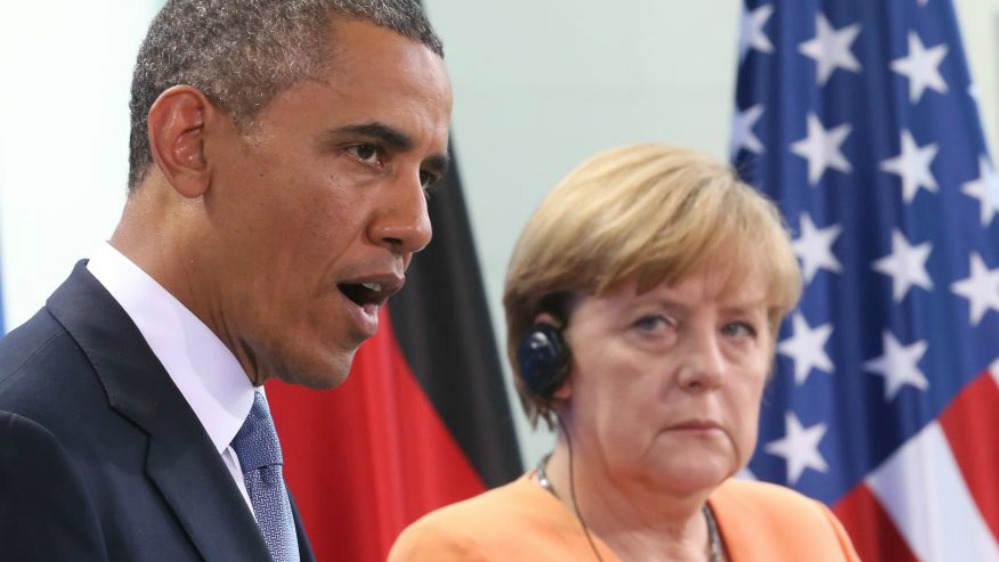 BREAKING NEWS – Washington, D.C. – A new report claims that the United States has been monitoring German Chancellor Angela Merkel’s phone since 2002 and alleges that the German leader’s mobile phone number had been present on a special surveillance list used by the National Security Agency as late as this past June. Merkel was outraged when Obama tried to downplay the surveillance by stating in front of her, that she is not being accused of saying anything unacceptable about the United States. And he added that basically all she would talk about was Volkswagens, and the masculinity of Germany’s Olympic women’s track team.